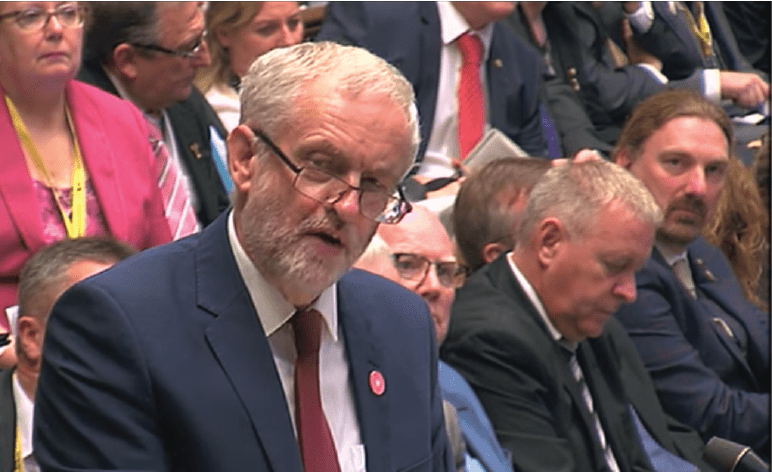 A rumour emerged on 7 February that another Labour leadership challenge against Jeremy Corbyn was coming. Later in the day, the rumour was that Corbyn would voluntarily step down. The rumour was picked up on 8 February by outlets like The Express and The Daily Mail. It has since been denied by one Labour source who described it as “sh*t-stirring bol**cks”. It has also been denied by Jeremy Corbyn’s own office.

The rumour came from a credible source – a Twitter-verified reporter at The Manchester Evening News.

"There's a lot of movement within the hard left group of people, asking 'who's our person?'"

Williams is a Political and Social Affairs Editor. As such, it’s unlikely that she just made the rumours up. Even the most ardent opponent of Corbyn would be unlikely to put their job on the line for a brief moment of notoriety.

Am told corbyn has given a departure date to his close circle. Hence the frenzy

Single sourced, I would add. Just to be total disclosure. https://t.co/X7NY6P1Fwj

Have also told by a couple of people (unprompted, so interesting) that rebecca long bailey being positioned as corbyn successor

The mood in the plp seems as desperate as last summer. Gossip can tell you a lot. https://t.co/WbOtr0q7eK

The Canary contacted Corbyn’s team for a response. His office told us:

This latest rumour is completely unfounded, there’s not a grain of truth to it. Someone is making mischief on a day when Labour needs to be focused on holding the government to account.

The Independent has claimed that “multiple Labour sources told… [it] that the claim was untrue”. They also included a quote from one Labour source who described the rumours as:

This rumour is absolutely not true. My understanding is that it has come from John Spellar. He’s well-known within the party to have leaked information previously to Paul Staines of the Guido Fawkes site

The Canary contacted John Spellar for a response to these allegations, but received no response.

The Daily Mail and The Express ran with the rumours. Both outlets were clear they were only rumours. The Telegraph, however, ran a headline which makes it clear why someone would potentially leak incorrect information. The phrasing on their front page read:

‘Forced to deny’ makes it clear that this is not an ideal situation for Corbyn. The prospect of him quitting or facing another leadership challenge could make him look weak. And the allegation would allow any potential leadership challengers to test the water; to see how Labour members respond, and to gauge the likelihood of a fresh challenge being successful. This would be an obvious time to start people thinking about such a campaign, too. Corbyn has been losing support as a result of Brexit, and any potential plotters would obviously want to capitalise on that.

All of which means that, even if these rumours aren’t true, it looks like elements within Labour are judging the possibility of another leadership challenge. And if it’s as hasty, ill-thought-out, and unlikely to succeed as the last one, the only victors will be the Tories.