May's government is overhauling a 100-year-old law, and it could kill off our last sliver of democracy - Canary 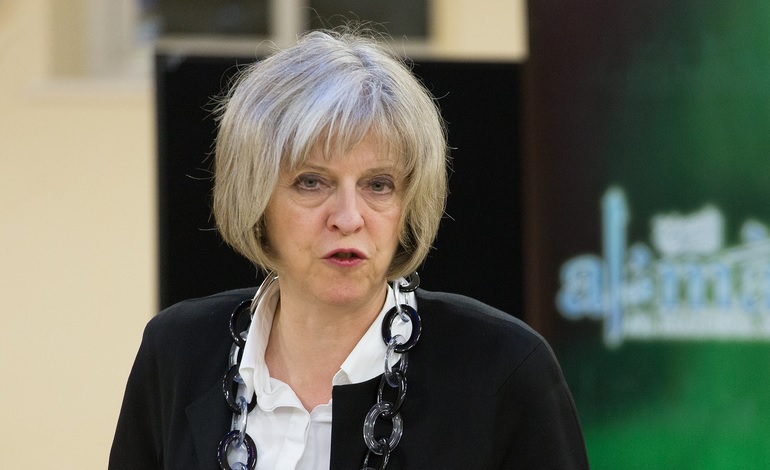 In 2015, the UK government tasked the Law Commission with reviewing the act. On 2 February, the commission published its findings and its alarming ideas for reform. Whistleblowing, or leaking, is a crucial check on power. And such checks are essential for democracy to thrive.

But the UK’s democratic system is under threat. And if the government accepts these suggestions, it will destroy the last bit of democracy we have left.

At present, unauthorised disclosure of classified information carries a maximum sentence of two years in jail. The commission believes the maximum sentence should be raised. The Telegraph reports potentially up to 14 years. And while currently the law only applies to UK citizens, the commission advises it should apply to anyone, anywhere in the world.

It also reviewed current classifications of what constitutes ‘damage’ from a leak. And it proposes that “information that affects the economic well-being of the United Kingdom in so far as it relates to national security” should be included.

Furthermore, the commission advises on measuring such damage. It concludes that actual damage doesn’t matter. Rather, it believes that leakers’ understanding of whether their actions could cause damage should be used as the measure.

And it advises against the introduction of a statutory public interest defence. Instead it suggests a scheme whereby concerns can be raised with the independent Investigatory Powers Commissioner.

The commission consulted with civil liberty groups, along with MI5 and MI6, in drawing up the plans. The latter’s director-general, Alex Younger, gave his first public speech in December 2016. In that speech, he warned of the “profound” and “fundamental threat” that “hybrid warfare” poses to the UK. Hybrid warfare includes cyber attacks, propaganda, and the “subversion of democratic process”.

In the wake of Donald Trump’s victory, Russia’s alleged role in his success, and Younger’s criticism of Russia in his speech, the ‘red bear’ was clearly on his mind when making this warning. And The Telegraph invoked this enemy again when reporting on the commission’s recommendations. The plans are being proposed “in the face of the growing threat from Russia”, it told its readers.

Really, look at the bear!

Yet these plans themselves pose a threat. And it’s a threat to the public. Whistleblowing (the act of releasing confidential information) allows citizens to know what the government is doing in their name. Chelsea Manning revealed to the American public what their government was doing in war zones. Edward Snowden, meanwhile, told people how they were being spied on.

These were uncomfortable leaks for governments, but clearly in the ‘public interest’. Yet the Law Commission has now recommended that this standard should not qualify as a defence. And its suggestion that “economic well-being” should be in the list of actionable damages, which a leaker only has to think about rather than cause, could widen the scope for prosecutions immensely.

Meanwhile, as WikiLeaks pointed out, the changes would have a very negative effect on one particular industry.

The government responded to the committee’s findings:

We welcome the important work undertaken by the Law Commission, at the request of Government.

As the work is on-going and no final conclusions have been made, it would be inappropriate to comment at this stage.

The committee has now opened its review to public consultation. People are welcome to contact the committee to share their views. That would be a wise move for anyone who values the sort of journalism that holds power to account. Or for anyone who is grateful for those who put themselves on the line to tell the public when their governments fail them.