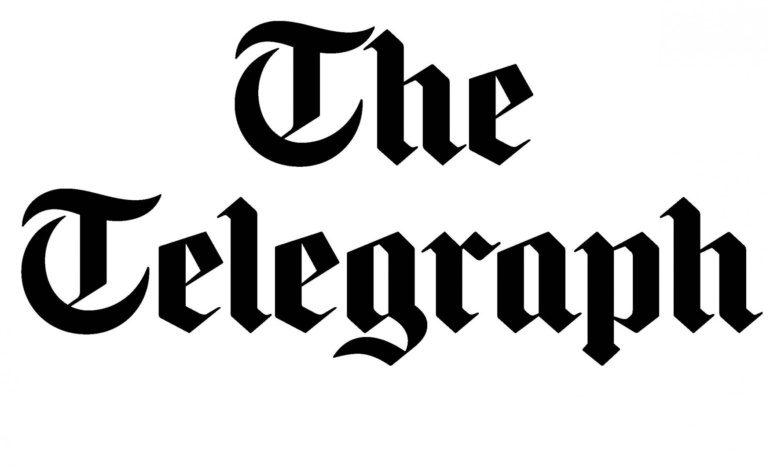 The Daily Telegraph has apologised after printing false claims about fracking protesters at the Preston New Road site, near Blackpool. But although campaigners have welcomed the apology, they also warned of the dangers of journalists printing unchecked information.

The story published on 18 February 2017 claimed that:

There have been a dozen arrests in the last month of anti-fracking protesters at Cuadrilla’s site in Lancashire, and that these “related to verbal death threats and physical assaults” against Cuadrilla workers.

But the paper admitted:

And The Telegraph corrected its error and apologised:

In fact, there were 10 arrests at the site between 31 Jan and 18 Feb, all for alleged offences under s14 of the Public Order Act 1986. We apologise for this error. The article has now been removed from the site.

But where did the information come from?

According to website DrillOrDrop, The Telegraph claimed that its information came from Cuadrilla Chief Executive, Francis Egan. And a spokesperson for Cuadrilla confirmed this:

There had been approx. a dozen arrests made in connection with protests at or near our site in Lancashire to date.  That is well documented and Francis confirmed that.

Regarding the ‘verbal abuse and physical violence’ and threats received I can also confirm these are all taken seriously and have been passed to the Police to investigate and take statements.

Claire Stephenson, the media spokesperson for the Preston New Road Action Group, expressed concerns about the article. Speaking to The Canary, she stated:

It is most concerning that this article penned by Jillian Ambrose for The Telegraph, was allowed to be published and left unedited for almost a week, despite the glaring defamatory errors angled towards peaceful anti-fracking protestors.

A small number of arrests has been made, namely under Section 14 of the Public Order Act and under the Trade Union Labour Relations Act. The untrue quote stating a ‘dozen arrests related to verbal abuse and physical assault against workers at Cuadrilla’s site in the last month’ appears to have originated from Cuadrilla themselves, after The Telegraph confirmed this to independent journalist, Ruth Hayhurst at DrillOrDrop. The article has now been removed and an apology made by The Telegraph. The IPSO is still investigating.

But she also finds it “worrying” that the paper used the information without clarification:

I find it worrying that a journalist would take such a spurious claim from Cuadrilla and use it, unchecked, without any substance. This fact is as worrying an issue as the initial damaging untruth itself.

The Network For Police Monitoring (Netpol) agrees there are serious issues over reporting unsubstantiated “news”. Speaking to The Canary, coordinator, Kevin Blowe, said:

This is a reminder that, amidst the debate on ‘fake news’, supposedly respectable newspapers have a long track record of reprinting corporate press comments without checking the facts first.

And Blowe believes the story may have a knock-on impact on the policing of protests:

Cuadrilla clearly had its reasons for circulating lies about the actions of protesters. Falsely portraying them as violent aims to weaken their public support. However, it also influences the way the policing operation in Lancashire is conducted, by playing to the negative attitudes the police already seem to hold towards anti-fracking campaigners.
Huge numbers of officers and a more aggressive response directly benefits the struggling onshore oil and gas industry. A correction to misinformation is welcome but as always, we will judge the real impact by the police’s actions on the streets.

This may well be an honest mistake by The Telegraph. But that still doesn’t excuse the lack of fact checking. Especially when that information came from a person with a huge vested interest in stopping and smearing protests against the shale gas industry.