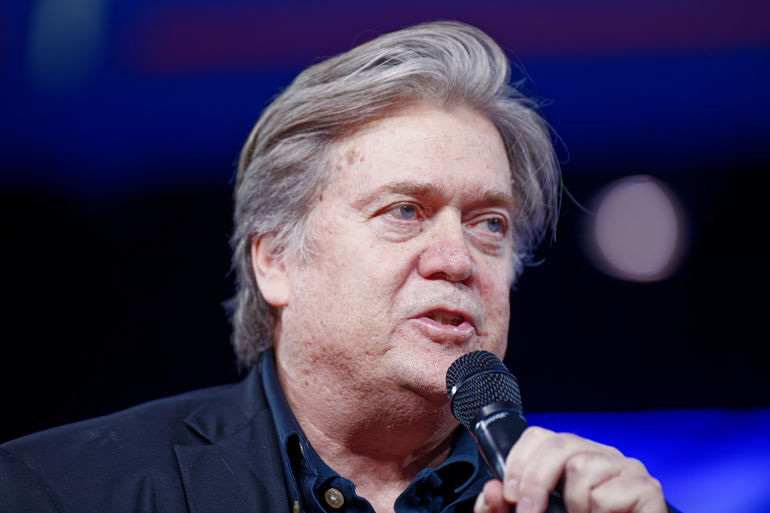 There is now mounting evidence of US interference in Britain’s EU referendum vote. From what we already know, this could constitute a flagrant breach of UK electoral rules.

Cambridge Analytica (CA) is a US company, endorsed by Britain’s Ministry of Defence (MoD). President Trump’s adviser Steve Bannon is a board member of the company. And Trump’s main backer, Robert Mercer, is a key financier. During the EU referendum campaign in Britain, CA targeted over a million social media users. According to a prominent Leave.eu figure, it was CA technology that ensured a Brexit win.

In short, it’s all about persuading people, possibly without their knowledge, to act in a certain way or adopt certain attitudes. An ideal approach when it comes to influencing elections.

CA’s British-based parent company, SCL, offers a similar range of services. These include “behavioural microtargeting‘ – which it defines as “advanced data analytics, to identify groups of voters who share demographics, political beliefs and lifestyle, and use this insight to create unique messages designed to resonate with them”.

It was the Yanks wot won it!

CA’s technology and US consultant Gerry Gunster were the driving force behind Leave.eu’s Brexit campaign. Its strategy involved targeting more than a million people from harvested social media data.

And Leave.eu financier Arron Banks seems pretty confident about why the Brexit result turned out the way it did:

Brexit and the US players

To put all this into context, we need to look at the key players.

Importantly, it was Mercer who reportedly persuaded UKIP’s Nigel Farage that Leave.eu make use of CA’s services. Though it’s still unclear if Leave.eu declared these services to the Electoral Commission.

It’s noteworthy, too, that CA works on several British and US government defence projects in Asia, Europe and Latin America. These include “counter radicalisation, counter violent jihadism, and the reduction of recruitment into terrorist cells”. The implication being that there appears to be a link between war propaganda (sometimes referred to as ‘psyops‘) and voter manipulation. In this respect, it’s interesting that the US and UK defence departments have “approved” the methodology of both CA and SCL:

Swiss data activist Paul-Olivier Dehaye has commented on the CA and SCL methodology as follows:

Is it going to be used to try and manipulate people around domestic policies? Or to ferment conflict between different communities? It is potentially very scary. People just don’t understand the power of this data and how it can be used against them.

Noam Chomsky, meanwhile, famously coined the phrase ‘manufacturing consent‘ – the use of media or propaganda to ensure agreement within a population. And the CA and SCL technique could well be an example of this.

Brexit and subverting the electorate

Powerful individuals can subvert democracy. And they can use modern technology to support that subversion.

Arguably, Britain’s EU referendum was already manipulated through the use of lies and disinformation. But it now looks like outside forces may have also manipulated a section of the electorate; in unexpected 21st century ways. That raises some very serious questions about the state of Western democracies today.

– See more on Trump at TrumpWatch.