One of the UK's poorest places is about to be plunged deeper into poverty - so why are people gloating? [OPINION] - Canary Workers’ Co-op 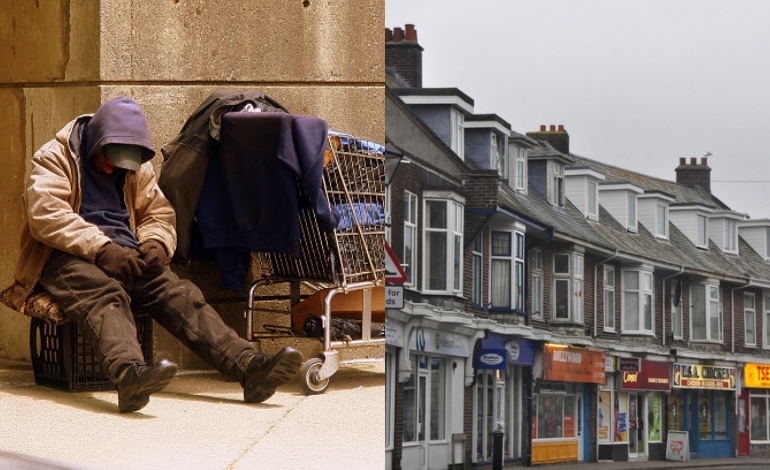 It has been announced that Cornwall will only receive £17m in Growth Deal funding – a small percentage of the £127m applied for. But instead of sympathising with one of the poorest places in the UK, many are choosing to gloat – because Cornwall voted for Brexit and the Conservatives.

Cornwall receives the largest amount of European funding in England. Between 2014 and 2020, this is due to amount to £416m. Cornwall has huge levels of poverty. In 2014, it became the poorest place in the UK, and is still the only place in England to qualify for European Convergence funding, having a GDP 75% below the average of other European areas in the period between 2007 and 2013.

During the referendum campaign, pro-Leave ministers promised Cornwall would retain its funding until 2020. Although given the UK is not set to leave Europe until summer 2019, this is a somewhat empty promise. But like the lies about the £350m a week the NHS was going to receive, many bought into the misinformation.

‘Growth Deals’ are separate to EU funding. They were set up by the Coalition government in 2015 with the intention of building “a stronger economy and a fairer society”. Regions around the UK can apply for funding. And the most recent announcement affecting Cornwall is the awarding of £191m across the South West.

Cornwall is at the bottom of the table for the funding award. And as Penzance East councillor Tim Dwelly points out, it is a “devastatingly low total”. And it is much lower than funding received in the past.

But this is also separate from the EU funding. Cornwall is still waiting to hear what will happen to that funding post-Brexit.

The news that people in Cornwall were worried about future funding was met with a lot of gloating. For many, the attitude seems to be that those of us who live here voted for it, so we got what we deserve.

These tweets are representative of many social media comments following pleas to keep the funding:

But aren’t you all Brexit-loving Tories?

Well, no. And the problem with these narratives is they try to sum up a region as if we’re one homogeneous entity. Yes, Cornwall as a whole did vote for Brexit. But it was mixed. 182,665 voted for Leave and 140,540 for Remain. And in Truro and Falmouth, and the Isles of Scilly, Remain won.

And yes, every parliamentary seat in Cornwall is occupied by Tories. Another Angry Voice asks:

The mystery of why Cornwall is populated by so many forelock-tugging Tory voters is one of the biggest puzzles in British politics.

But it isn’t a puzzle at all. Prior to the 2015 election, the Lib Dems held half of the seats in Cornwall. And it’s precisely because so many people in Cornwall aren’t “forelock-tugging Tory voters” that the vote was split. People just couldn’t stomach voting for the Lib Dems after years of the Coalition government reneging on their promises.

This was shown clearly in the St Ives constituency. Andrew George was the Lib Dem MP for 18 years. And he was one of the good ones. He regularly spoke out and challenged the Coalition. On many occasions, he appeared more left-wing than the majority of Labour MPs. But George lost his seat because people didn’t feel able to vote for his party. And Derek Thomas, the Conservative MP who won, still did so despite being down 0.7% of votes on the previous election.

And as Tim Dwelly says, there is something very “patronising” about the attitude many parts of the country seem to be taking towards Cornwall:

[It is] actually very patronising that some people think it serves Cornwall right. We have a lot of people who voted to Leave who were promised there would be replacement funding. Whatever your views on the referendum, we are about to go off a cliff.

Meanwhile, poverty is at a crisis point in Cornwall, with record numbers using food banks. One in five households are in fuel poverty, 16,000 children are in poverty, and water and energy costs are significantly higher than elsewhere in the country.

And due to the demand for second homes, average property prices are £210,000 – nearly 10 times the average wage. In fact, according to the 2011 Census, Cornwall topped the league of registered second homes with 23,000 owning property. In areas such as Fowey and Lostwithiel, the figure has reached one in three properties.

So next time you’re tempted to adopt a “serves you right for being Brexit-loving Tories” attitude, please remember that you’re talking about a lot of people suffering in poverty. You’re talking about a county that is poorer than Lithuania or Hungary. None of these people deserve what the Tories and Brexit are doing to Cornwall. And looking at the figures, it is clear that not all of them voted for it.

– Read other articles on Cornwall.