As the party collapses around him, UKIP's only MP is trolling the sh*t out of Nigel Farage [IMAGE] - Canary Workers’ Co-op 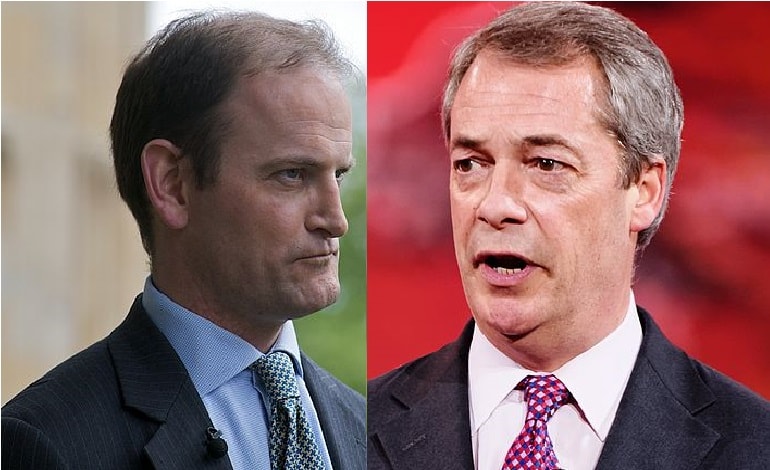 UKIP appears to be imploding since its leader lost the Stoke Central by-election on 23 February. Nigel Farage has now openly called for UKIP to boot its only MP, Douglas Carswell, out of the party.

UKIP’s millionaire bankroller Arron Banks sided with Farage, lashing out at Carswell over the electoral defeat. Extraordinarily, Banks announced he will stand against the party’s only MP in 2020.

But Carswell seems fairly relaxed about the whole saga. The MP for Clacton trolled both Farage and Banks by tweeting this picture:

Carswell remains the party’s only representation in parliament. So his tweet is a clear jab at Farage, Banks, and others calling for him to go.

Rallying to Farage’s side, Banks has branded Carswell a “terrible individual” who has “done his best to destroy UKIP”. In the process, he described his own party as a “basket case”.

Farage’s attack on Carswell comes amid claims that the MP frustrated Farage’s chances of getting a knighthood. Adopting the troll-face yet again, Carswell signed off on social media with:

Since the by-election failure, things appear to have been going south for UKIP. Banks has not only directed his rage at the party’s sole MP. The Leave.EU co-founder also threatened to financially starve the party unless he can become Chairman. He said the party was over unless it got rid of Carswell and the rest of the “Tory cabal”. Banks was not held back by the fact that Farage, Nuttall and he are all former Tories.

The millionaire donor claimed that he must bring in “business people” and “professionals”. Otherwise, the party will be stuck in a “ramshackle administration”. Yet the donor himself currently faces allegations [paywall] of “serious and widespread” financial failings during his time as CEO of an insurance company.

And UKIP’s problems go beyond the split between the Farage wing and Carswell. William Cash, the party’s former Heritage and Tourism spokesman, hinted that he would like to stand for the Conservatives following the defeat in Stoke.

they’ve lost their jet fuel… Theresa May going hard on Brexit has taken them on one side. Corbyn saying we respect Article 50 has kneecapped them on the other.

Given that both major parties are behind the Brexit vote, Bastani argues that UKIP is opposing a “pretty marginal position” in UK politics. For Bastani, this translated to failure in the Copeland by-election where right-wing voters switched to the Tories. And in Stoke, where the party “couldn’t make a breakthrough”.

Now we’re leaving the EU, it seems UKIP serves no purpose. The party looks increasingly desperate as it lashes out against its only MP. Hopefully, Stoke represents a turning point away from the xenophobic and divisive policies of UKIP.

– Stand against the far right with the Stop Trump Coalition.