Campaigners are celebrating a huge victory. And that's good news for all of us. - Canary 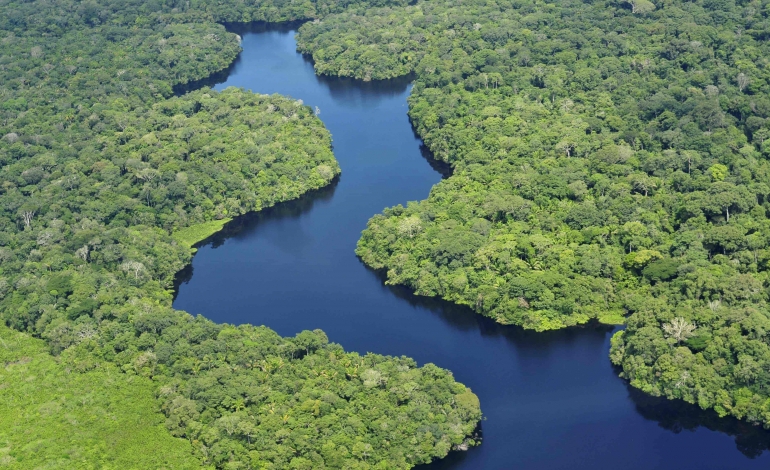 Brazilian President Michel Temer planned to open up a huge protected area of the Amazon rainforest to mining companies. Renca (the National Reserve of Copper and Associates) is roughly the size of Denmark, which led a political opponent to describe the decision as “the biggest attack on the Amazon of the last 50 years”.

But a Brazilian court has now blocked Temer’s plans after environmental campaigners voiced their outrage. Federal judge Rolando Valcir Spanholo stressed that the President, who is facing corruption charges, did not have the authority to dissolve Renca’s protections. Spanholo said that only congress could make this decision.

A win for the environment

The Brazilian government had made its priorities clear [Portuguese pdf] in March, when it said it wanted to abolish Renca to attract foreign investment. This is perhaps no surprise, given how appalling Temer’s track record is when it comes to conservation. Then, in June, Temer promised he would protect the Amazon rainforest, following pressure from supermodel Gisele Bündchen. The President announced [Portuguese] he would veto proposed legislation that would threaten the rainforest. But with the plan to abolish Renca still going ahead, it would be a stretch to say that Temer honestly cared about the environment.

The abolition of Renca will wreak havoc on the forest and indigenous communities in the interests of the small group of economically powerful groups who are keeping Temer in power. This is the largest assault so far in a package of threats.

A gold rush in the region will create irreversible damage to local cultures. In addition to demographic exploitation, deforestation, loss of biodiversity and water resources, this could lead to an intensification of land conflicts and threats to indigenous peoples and traditional populations.

The court has taken these concerns seriously, and has prioritised environmental interests over commercial ones. But this isn’t the end of the battle. With similar cases in the past, higher court judges have overturned decisions made by local judges.

The power of activism

This court decision shows that political leaders won’t always get their own way. Activism can be effective and impactful. And this is no small win for environmental campaigners, as protecting the Amazon rainforest is vital. There’s been a resurgence of deforestation in Brazil’s Amazon, which affects all of us, due to its extreme effect on global warming.

So we need to support environmental campaigners in Brazil, as their fight is also our fight.

– Read more from The Canary on climate change and Brazil.