Theresa May unveils her most ridiculous Brexit 'plan' yet, after telling Britain it's stuck with her until 2022 - Canary 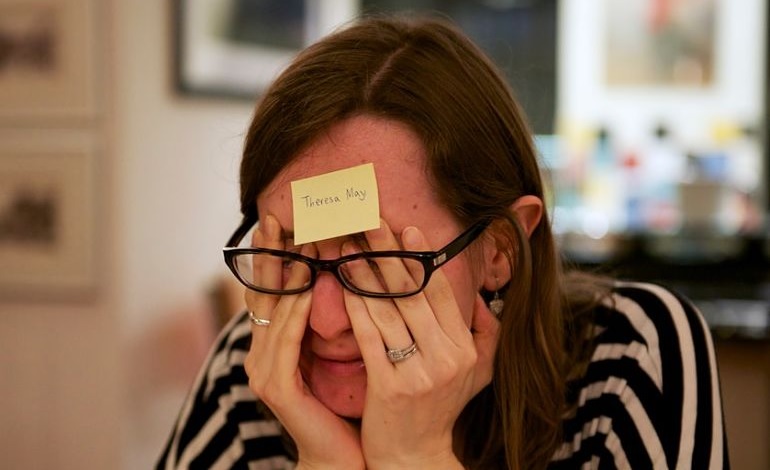 Theresa May has revealed her most ridiculous Brexit ‘plan’ yet. And she’s done so just one day after vowing to stay on as Prime Minister “for the long term”; telling Britain it’s stuck with her, and such ludicrous strategies, until 2022.

The UK government seems to be having a hard time accepting that Brexit talks are progressing as planned. Namely, it doesn’t want to wait until the EU ‘divorce’ is finalised to start talking trade. Even though the EU, and academics, made this clear from the start.

So May has reportedly come up with a cunning plan. The Daily Mail claims she’s plotting to bypass the EU’s timetable by going directly to… EU leaders.

Unsurprisingly, it’s not quite working out as she’d hoped.

According to The Independent, in response to May’s threat to approach Emmanuel Macron and Angela Merkel directly, officials pointed Britain to an EU document. All member states have agreed to the statement, including France and Germany. And it categorically rules out what the UK is plotting. It reads:

Before this mortifying slap-down, the EU’s chief negotiator Michel Barnier had told the UK: “we must start negotiating seriously”. Obviously, May’s Brexit team wasn’t listening. Because this isn’t a mature proposal. It’s a crude attempt to divide and conquer, because the UK government wants to change the rules of the game.

But this should come as no surprise. On 24 August, the government published a Brexit paper suggesting that it should be involved in formulating EU rules after leaving the bloc. And on 31 August, Barnier claimed that some UK requests suggest a “certain nostalgia” for EU membership benefits.

This proposal is a case in point.

In short, the UK’s negotiating stance is already beyond a joke. And people know it: one recent poll, for example, found the majority of people think the government is doing “badly” in Brexit talks.

So if May really wants the British public to be behind her “for the long term”, she needs to rethink this godawful Brexit strategy.