Young Tories tried to hide the truth about who they really are. They got badly caught out. [IMAGES] - Canary 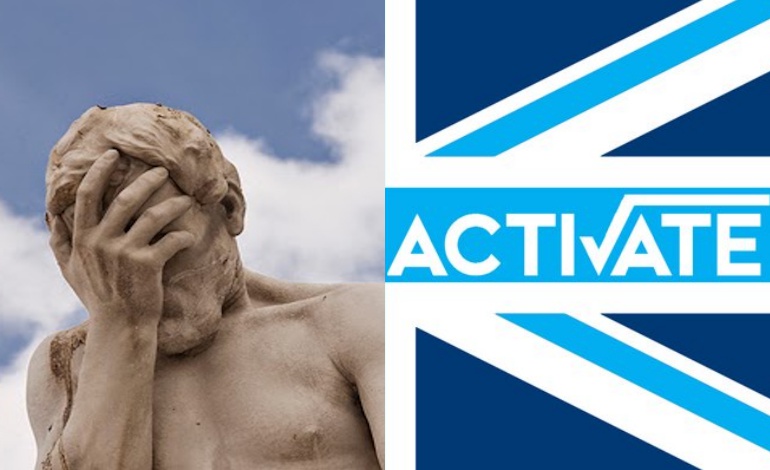 But since the launch, Activate keeps deleting pages from its new website. These included a page about the group’s team members, and a page selling “limited edition” champagne to young voters. And ‘young’ Tories have also been caught out discussing strategies to ‘gas chavs’ and ‘shoot peasants’.

You really couldn’t make this shit up. But it also reveals the terrifying truth about current thinking within the UK’s right wing.

According to the Activate website, the group conducts “professional” and “modern” campaigning. And to prove this, it included a list of team members.

This page is no longer visible. But luckily, a few people kept a copy:

Hi @ActivateBritain, you accidentally deleted these bios from your website. Luckily we made a backup. Phew!https://t.co/do2Dl9FzGM pic.twitter.com/VuAMTunTma

And although Fizarn Adris, who was named as Membership Director, tried to delete his Twitter account, his vile comments have resurfaced in a new account that leads here: 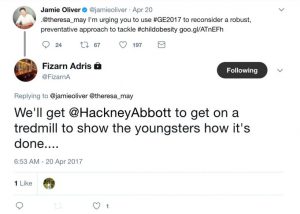 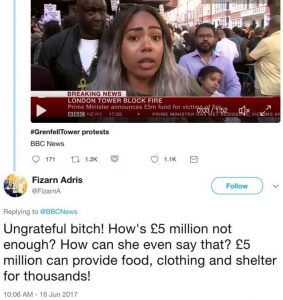 Evolve Politics has been investigating the elite, privileged backgrounds of the Activate team. And as Red Pepper reported:

People are yearning for a change of attitude from Tories, and we are giving it to them. It might start slowly, it might be mocked early on, but we are not going to give up. Momentum and their far left allies might think they can kill an organisation in its cradle, but the only thing we took away from that is how afraid they are of actual competition.

The youth are not stupid, or ‘brainwashed’, and the Tories do not actually want to harm anyone

But leaked messages from a WhatsApp group used by young Tories linked to Activate tell a different story:

They discussed their thoughts about “chavs” and advocated “shooting peasants”. One commenter even warned that:

we gotta be careful otherwise this is [turning] into Nazi chat

None of the people included in those messages currently have any seniority with the organisation. We are working on ensuring that the people in question are removed from the group as a whole, if still members. They were banned from the WhatsApp group in question when comments like this were made. The comments were sickening and are totally incompatible with what Activate is trying to achieve. We apologise for any offence that has been caused by the people in question. And stress our commitment to open discussion about the future of our party and country.

But they didn’t deny that those involved were linked to the group.

Although Activate claims to be “grassroots”, its merchandising page was interesting:

We have an exclusive offer for our members, with this Limited Edition bottle of Gold Label Conservative Party Champagne signed by the Prime Minister, the Rt Hon Theresa May MP

Perhaps they sold out, because details of this offer have also been removed from the website. But The Canary took a screenshot: 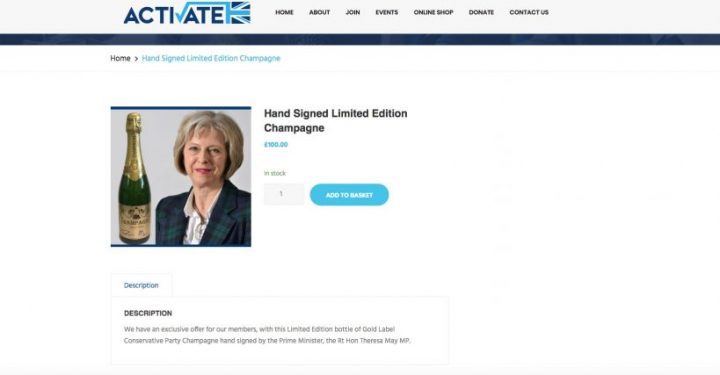 And there was a choice of bottles too:

And the next instalment?

Activate may have competition. On 31 August, a new account called ‘Our Conviction‘ appeared on Twitter. It claims to be:

A new independent young grassroots Conservative movement. No relation at all to @ActivateBritan

At the time of writing, there is no website. But the Tory desperation to emulate grassroots movements like Momentum is very clear. What is also now out in the open is the vile and elitist opinions of some Tory supporters.