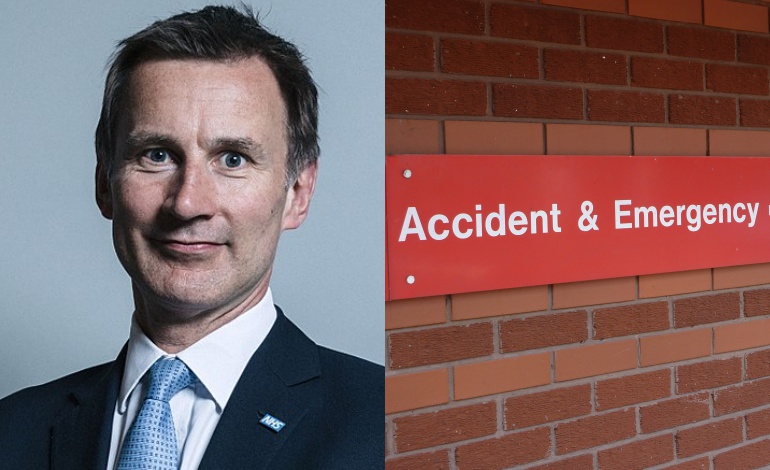 A report released by cancer support group Macmillan has revealed the extent of the crisis in the NHS. It shows that cancer patients are being forced to use Accident and Emergency (A&E) departments because of cuts to GP services. And there are concerns about patient safety because pressure on NHS staff is now “unrelenting”.

The report [pdf] surveyed over 250 GPs and nurses. It found that:

over half (52%) are not confident the NHS workforce is able to provide adequate care to cancer patients, given the current pressures it faces.

And these pressures have a huge impact on the patients who rely on the NHS. Because as the report reveals:

As The Canary previously reported, 202 GP practices have closed or merged and not been replaced. And Jeremy Hunt is fully aware of this.

“This, that and the other”

The report also reveals that this crisis is set against a “backdrop” of rising staff shortages in the NHS. Vacancies now stand at 15.8%.

The 1% pay cap imposed on public sector workers has left nurses using food banks; and marching on Westminster to “scrap the cap“. And if this is not resolved, they may strike.

There is a rising call for Theresa May to end the 1% pay cap. But on 6 September, May dismissed the money needed to support nurses as “this, that and the other”.

Hunt has been Secretary of State for Health since 2012. Under his ‘care’:

In January 2017, the Red Cross said the NHS was facing a “humanitarian crisis”. And Hunt was widely criticised for his ineffectual response to this.

But concerns are growing about further cuts to NHS services. And this is because Hunt has blocked freedom of information requests about “secret plans” linked to a “capped expenditure process”.

it is now clear that many hardworking doctors and nurses are seriously concerned about how the health service is coping with the pressures placed on it… There is an urgent need to address these pressures.

And this latest report shows just how close to breaking point the NHS is under the Conservatives. Hunt and May need to listen. Or even better, they need to go.

– Support nurses to ‘Scrap the cap‘.