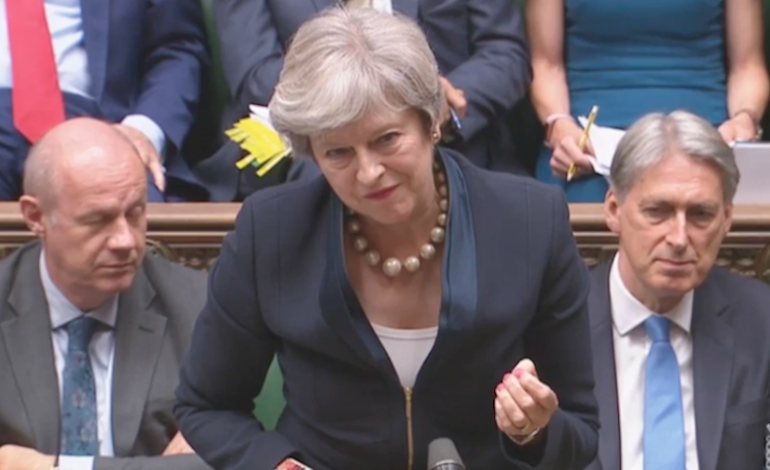 On 6 September in parliament, the Prime Minister let slip what she really thinks about workers’ rights. She rejected the opportunity to support McDonald’s workers, saying that it “is a matter for McDonald’s to deal with”. Labour leader Jeremy Corbyn had asked Theresa May if she supported the McDonald’s staff case for “an end to zero hours contracts, and decent pay”:

Millions for McDonald’s CEO. A pittance for its UK staff.

McDonald’s CEO Steve Easterbrook earned £11.8m last year. But some of the fast-food chain’s UK staff were earning £4.75 per hour at the same time. However, Theresa May believes that such a discrepancy does not warrant a condemnation.

May was given an opportunity to criticise McDonald’s for the working conditions that it imposes on its staff. But she went the other way and actually praised zero-hours contracts. The Prime Minister claimed that “there are people who genuinely say it is a benefit to them to be on those contracts”. Studies, however, have shown that zero-hours contracts negatively impact mental and physical health.

Yet another Tory attack on ordinary working people?

Theresa May recently referred to nurses campaigning for better working conditions as “this, that and the other”. Her refusal to support McDonald’s staff is just one more addition to her long history of undermining workers’ rights. And it’s not just May, but the Tory party as a whole. New Tory poster boy Jacob Rees-Mogg has also spoken out against the kind of human rights laws that protect workers from exploitative employers.

The Conservative government’s disdain for workers’ rights expands to human rights as a whole. For example, it has also sold arms to 20 countries on the UK’s own list of human rights abusers, including Saudi Arabia and Bahrain. The parliamentary committee scrutinising the weapons sales said that it was likely that the British weapons sold were used to violate international law. Additionally, Saudi Arabia as an example has its own awful record of workers’ rights abuses.

Workers’ rights under attack in the UK

Workers’ rights in the UK are set to come under attack by the government as it attempts to pass its Repeal Bill. With this bill, the government wants to remove human rights protections that the European charter of fundamental rights guarantees.

In stark contrast to the Tories’ position on how McDonald’s mistreat their staff, Jeremy Corbyn has promised a minimum wage rise to £10 an hour. Labour also wants to abolish zero-hours contracts. And Corbyn highlighted the change in Theresa May’s position on corporate greed since the general election campaign. He said that May had “gone back on her word”, referring to May’s “tough talk for corporate greed” during the 2017 general election campaign.

Former Conservative Prime Minister Margaret Thatcher’s disdain for the striking miners in the mid-1980s is well known. Yet in 2017, another Conservative leader is treating workers in much the same manner. It is over 30 years since the Thatcher government defeated the miners, but is it the same old Tories?