Just days after returning to parliament, Theresa May has orchestrated an astonishing power grab - Canary 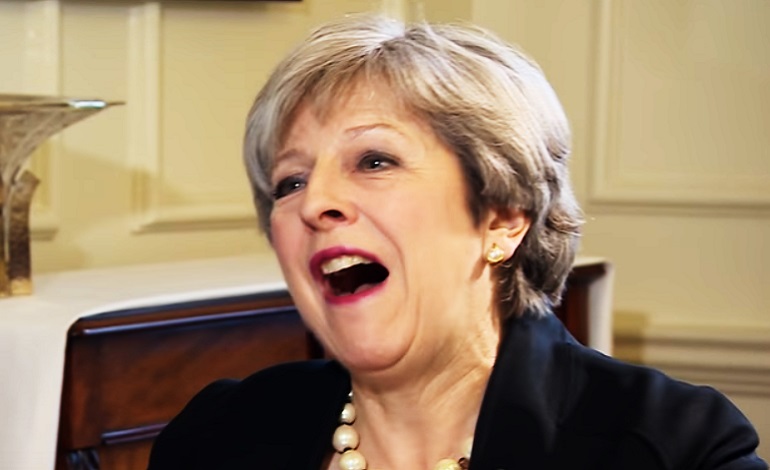 Theresa May is set to give “unprecedented” powers to her minority government. If she’s successful, her move will give Conservative MPs even more control over legislation, effectively overruling the result of the general election. And it shows an utter contempt for democracy.

No majority and no mandate

The Huffington Post reported on 8 September of a “controversial new motion tabled by Commons Leader Andrea Leadsom”. The motion seeks to change the make-up of parliament committees. And the implications of this are huge. Jeremy Corbyn called it:

An unprecedented attempt to rig parliament and grab power by a Conservative government with no majority & no mandate.

At the moment, parliamentary committees reflect the outcome of a general election. But ahead of controversial Brexit debates, this leaves May’s minority government in a weak position. As The Huffington Post reports:

If passed, the new move would tear up a long-standing convention that Commons committee strictly reflect the proportion of the parties in a general election result.

Parliamentary committees are responsible for passing statutory instruments. As The Canary has reported, these can be used “to fast-track changes to existing laws without the need for new acts of parliament”. And there have been growing concerns about the way successive Conservative governments have used these statutory instruments to push though controversial legislation.

But Leadsom’s motion takes this a step further. According to The Huffington Post, it proposes that:

What Leadsom proposes is for committees to have nine members. And five of these will be Tory. However the current system ensures:

four members each for Labour and Conservatives and one SNP member – in line with the June election result.

So this change would give a minority government a majority vote on all parliamentary committees.

But the timing of this motion is significant. Because even May’s own party has criticised her handling of the EU (Withdrawal) Bill. Tory backbencher Ken Clarke called it an “astonishing monstrosity”. And it has been criticised by the Lords as a “breathtaking” power grab.

So May’s ‘compromise’ to counter Tory backbench concerns is to create a committee, or as Robert Peston said:

use an existing one to oversee which EU-related laws are translated into pure British law without the involvement of parliament.

But if Leadsom’s motion is passed, the Tories will have a majority in any committee dealing with Brexit legislation. As Peston commented:

It is now a case of consensus conshmensus. With the aid of her most important minister, the wily chief whip, Williamson, she will attempt to rule by diktat via the gaming of parliamentary rules.

This proposed legislation threatens to undermine the principle of democracy in the UK. May is attempting to cling to power with a minority government by changing the parliamentary process.

Questions need to be asked. And May needs to be stopped. Because our democracy is starting to look more like a dictatorship.

– Support The Canary, so we can keep reporting on these attacks on our democracy.