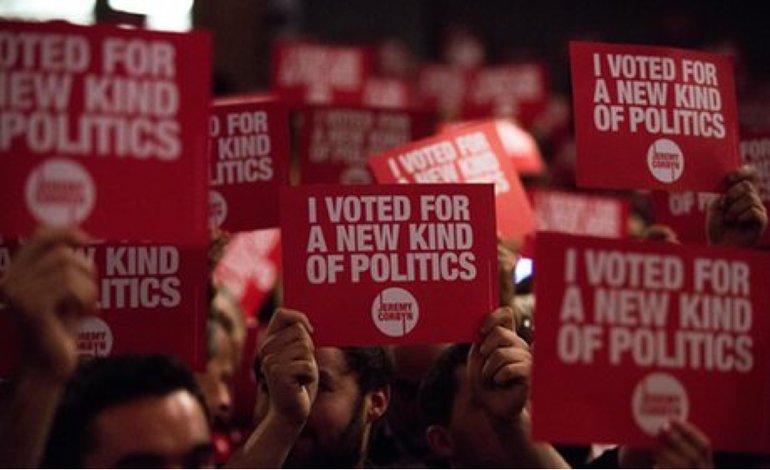 The Labour right is planning a cull of Corbyn supporters through a vote at the party’s conference in Brighton later this month. The amendment could introduce ‘life bans’ for those, like Corbyn, who criticise the state of Israel.

A motion has been put forward by the pro-Israel Jewish Labour Movement (JLM), supported by several Constituency Labour Parties (CLPs). It calls for the ‘life ban’ of any party member deemed to have engaged in antisemitic language or behaviour. On the surface of it, a positive move to tackle bigotry.

But the Labour right’s new definition of antisemitism expands to include any and all criticism of the state of Israel. This is unhealthy, and dangerous. JLM National Secretary and Labour councillor Peter Mason explained the move in a column for the LabourList website. Originally entitled “Let’s introduce life bans for the minority of bigots who shame the Labour party”, it was later amended to something more subtle. In the piece, Mason argues:

At conference an amendment to the rules, proposed by the Jewish Labour Movement and by CLPs across the country, as well as proposals from the NEC, will seek to resolve this once and for all.

The ‘life ban’ plans come amid the latest smear campaign against a prominent left-wing Labour MP, Chris Williamson. Campaign group Labour Against Antisemitism accused the Derby MP of antisemitism for referring to Israel as an “apartheid” country.

But the UN described Israel in the same way in a report earlier this year. The report concluded that Israel has established “an apartheid regime that oppresses and dominates the Palestinian people as a whole”.

The comprehensive study of Israeli practices found that Palestinian citizens of Israel are “subjected to oppression on the basis of not being Jewish”. In areas like East Jerusalem, Palestinians face “discrimination in access to education, healthcare, employment, residency and building rights… expulsions and home demolitions”.

And those Palestinians unlucky enough to find themselves in Gaza or the West Bank face even worse. Israel has literally built a prison wall around them, which it controls with its armed forces.

Under the new rules, MPs like Chris Williamson and those who agree with him could face lifetime bans from the Labour Party. This is how the weaponisation of hatred works. But his detractors accused him of antisemitism, even for pointing this out. The Board of Deputies of British Jews called on Jeremy Corbyn to sack Williamson for saying as much.

The Jewish Socialist Group (JSG) agrees with Williamson, and made the same argument back in April 2016. In a statement regarding the making of false claims of antisemitism to smear the left, the JSG wrote:

Antisemitism and anti-Zionism are not the same. Zionism is a political ideology… Not all Jews are Zionists. Not all Zionists are Jews.

Accusations of antisemitism are currently being weaponised to attack the Jeremy Corbyn-led Labour party with claims that Labour has a ‘problem’ of antisemitism. This is despite Corbyn’s longstanding record of actively opposing fascism and all forms of racism, and being a firm a supporter of the rights of refugees and of human rights globally.

The JSG statement reflects the outrage felt by members of the Jewish community, whose lived experience of bigotry is weaponised by cynical political operators. The Jewish Voice for Labour has published a statement in Williamson’s defence, saying:

Jewish Voice for Labour has expressed its support for Chris Williamson MP, the latest leading Labour Leftwinger who supports justice for Palestine to face attacks from the pro-Israel lobby.

This is not an issue because antisemitism doesn’t exist in Britain, or because it doesn’t exist on the left. It exists in both. We should not accept its existence with a resigned shrug of the shoulders, or minimise it because ‘the right is worse’.

But neither should anyone weaponise it in order to defend the actions of an apartheid state. Or in the case of the Blairites, to support such moves in order to smear political rivals.

As a commenter on Mason’s article for LabourList writes: 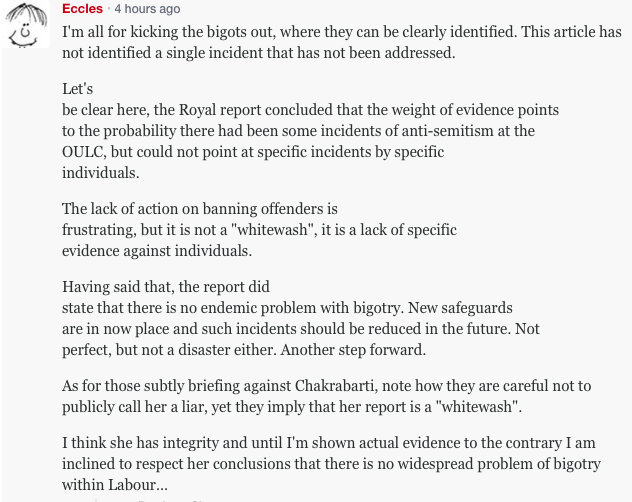 Unsurprisingly, Labour Against Antisemitism (the same group going after Williamson) is promoting the plan:

The ‘life ban’ rule is a trap. To argue against it publicly would give off the impression of promoting bigotry. And those proposing it in bad faith get a free pass. All to suppress justified criticism of an oppressive regime.

It is gutter politics of the worst kind. And all people acting in good faith, regardless of their political persuasion, must stand together to defy it.

– You can find out how to attend the Labour party conference and stop the ‘life ban’ plan here.

– If you have a Labour MP, contact them now to make your views known.

– Use social media to raise awareness of the ‘life ban’ plan.

– Get involved in your local Branch or Constituency Labour Party (BLP/CLP) to have your say in the future of the party.