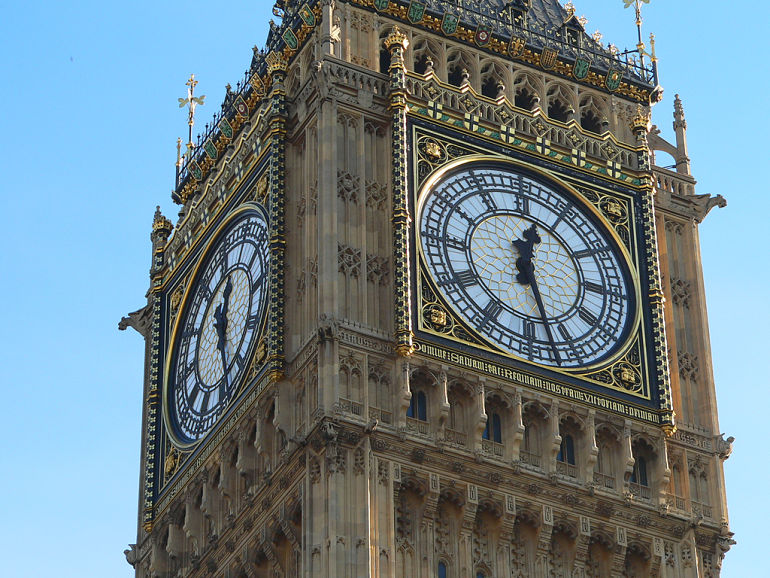 Sir Robert McAlpine Ltd (SRM) was recently given the contract to refurbish Big Ben. Now, evidence (some of it confidential) seen by The Canary, together with court and inquiry transcripts, suggests SRM’s role in blacklisting was far greater than previously thought. And this poses the question of whether the company should retain this contract – and any other public sector ones.

In 2016, SRM and other construction companies offered an out-of-court settlement of just under £80m to workers who claimed they were blacklisted via The Consulting Association (TCA). Blacklisting is another name for vetting people, to deny them work because of their politics or union activism. 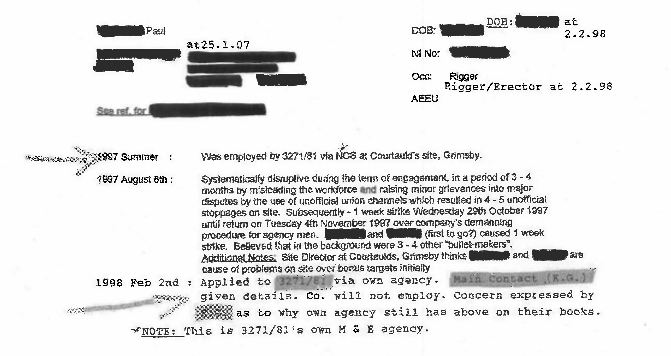 In 2009, the Information Commissioner’s Office (ICO) raided TCA and manager Ian Kerr was subsequently prosecuted for failing to notify the ICO of his data controller role. He pleaded guilty and was fined £5,000, with additional costs.

Before he died in December 2012, Kerr agreed to hand over several TCA documents to the Scottish Affairs Committee’s inquiry [pdf] into blacklisting in employment, to which he gave testimony [pdf].

But a handwritten note (anonymously supplied) by Kerr suggests he intended to destroy TCA files (the crucial words are “destroy data” in the fifth line of the second paragraph): 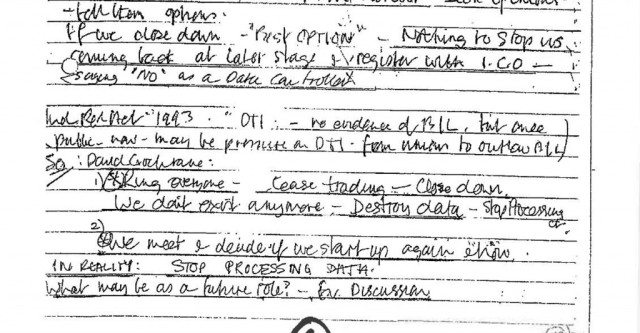 During the hearing, McAlpine confirmed that SRM had been a member of TCA’s predecessor, the Economic League. He also confirmed he was the first chairman of TCA and retained that post for three years, from 1993 until 1996.

But the chair of the inquiry queried these dates:

The dates quoted by the chair match those referred to in the 2013-15 High Court hearing [pdf p7] between construction workers and companies. The hearing also confirmed [pdf p7] that TCA “Executive meetings generally took place at McAlpines’ [sic] offices”.

At another point in that hearing, Cullum McAlpine was asked about how SRM funded the blacklisting operations:

The inquiry further interrogated McAlpine about the money paid on SRM’s behalf by its HR Manager, Dave Cochrane, to Mary Kerr, to cover her husband’s fines and legal fees. McAlpine’s answers on this were equivocal. But the precise sums can be found in a copy of an email [pdf] to Mrs Kerr from Cochrane.

Indeed, as stated in the 2013 High Court document, SRM played [pdf p18] a “central role in the establishment and operation of the Consulting Association”.

David Cochrane had by far the most contact with Ian during this period and he always made clear that it was in the best interests of the member companies for Ian to be in the frame’, otherwise the publicity would badly hit the companies, including Sir Robert McAlpine.

I felt that David Cochrane placed pressure on Ian throughout to keep the companies’ names and Cullum McAlpine’s name out of the limelight as much as possible.

Given SRM’s role in the blacklisting operations of TCA, unions are now calling for the £29m Big Ben contract to be rescinded. And Labour MPs Jack Dromey and Chuka Umunna agree.

This is a company that hid from its victims, the justice system and from parliamentary scrutiny for years. To see it being rewarded with a public contract to refurbish Big Ben adds insult to injury for GMB members who have seen themselves and their families suffer as a result of the disgraceful practice of blacklisting.

Indeed, a ban should be extended to all companies practising blacklisting. And there is still the not-so-small matter of the thousands of workers blacklisted by the Economic League.

The government takes this issue extremely seriously and hopes [blacklisting] will become a thing of the past. We are not complacent. Blacklisting of trade union members and activists is completely unacceptable and has absolutely no part to play in modern employment relations.

The Canary contacted SRM about its precise role in the blacklisting operations, but received no reply by the time of publication.