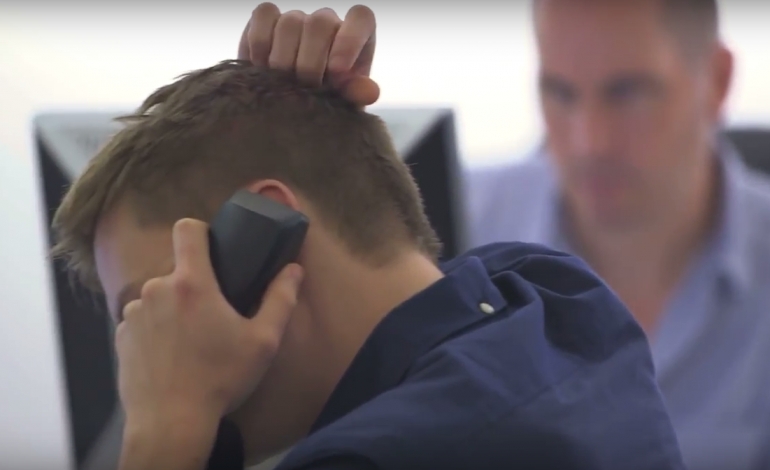 60% of people say their work has caused them mental health issues. And 15% of employees who reported this faced disciplinary action, were demoted, or were even fired for telling their boss about it. That’s according to findings from the Mental Health at Work 2017 report.

It can be awkward and uncomfortable to talk to anyone about your mental health – let alone your line manager. But campaigners say a significant reason why many employees fail to speak up is for fear of the repercussions.

People’s jobs are making them unwell. And employees are then being punished for being unwell.

Matthew Streuli was working at a multinational company, and his job contributed to his depression and anxiety. He told Sky News how his company provided no support, but worse than that, they made him resign. His job pushed him to breaking point. As he said:

[My work] made it a lot worse to the point where a small incident in the workplace, where I stood up for a temporary member of staff, and that weekend, something snapped and I tried to kill myself.

I asked for help and at one point I was given a website to log on to with some basic articles – not something you would expect from a large multinational manufacturer.

In light of this report, a government spokesperson said:

We are determined to ensure people with mental health conditions are not held back in the workplace.

Yet government cuts to mental health services across the country mean that many employees will struggle to get the help they need. The spokesperson added that the government:

consulted on these issues through our Work, Health and Disability Green Paper and we’ve commissioned an independent review into mental health and employment.

Which is encouraging. But how about addressing the fact that people with severe mental health issues have to wait 14 weeks to see an NHS therapist? Some patients have to wait years for treatment. This is high priority. As a previous study found, one in six people attempted suicide while waiting for NHS mental health treatment.

This latest mental health report shows that work is taking a heavy toll on many people’s mental health. And culture could be partly to blame. Professor Cary Cooper, who teaches organisational psychology and health at Lancaster University, says the UK has a culture of overworking which it needs to drop. This culture of ‘all work and no play’ leads to high levels of stress and impacts our family life. Previous studies have also highlighted how employers lack awareness about – and are unresponsive to – mental health issues at work.

People are worried about losing their jobs because of depression and anxiety. And these fears are likely to worsen the mental health issues of employees. The fact that employees face punishment for speaking up is a cause for concern. It shows how mental health discrimination and stigma is still deeply prevalent – perhaps in the workplace more than anywhere else.