It's not just wall-to-wall UK front pages, even European tabloids are destroying Theresa May [IMAGES] - Canary

Theresa May’s address on the last day of the Conservative conference proved nothing more than a comedy of errors. Speaking to assembled delegates on 4 October, her voice failed as she coughed throughout the speech. Later on, a prankster interrupted proceedings to pass her a P45. Then, as she battled to regain composure, the slogan on the wall behind her began to fall off. Letter by letter, ‘Building a country that works for everyone’ eventually turned into ‘Bui ding a c ntry tha orks or ryon’.

May has endured a difficult time in the media since her poor election campaign and result in June 2017. Many stated that she should have resigned then. As time has passed, even staunchly Conservative outlets, such as those controlled by Rupert Murdoch, have turned against her. And her calamitous conference speech appears to have hammered the final nail in her coffin.

The Times announced that May is now on a “final warning”: 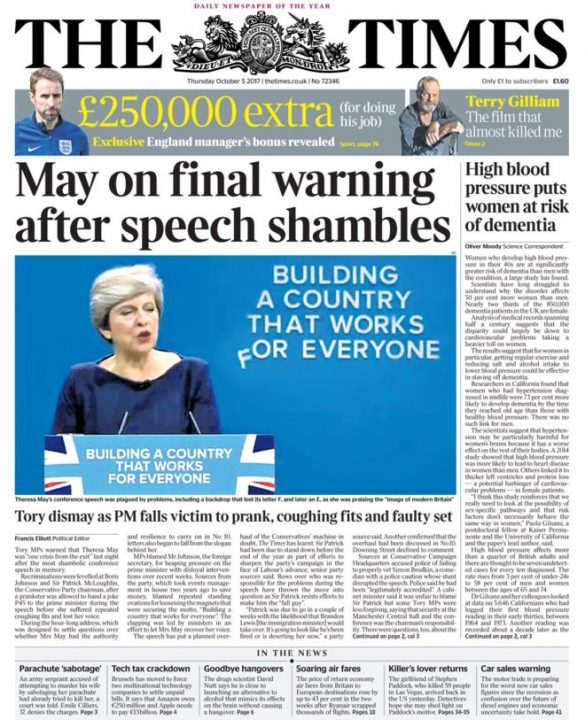 The Telegraph described May’s speech as a “tragic farce”: 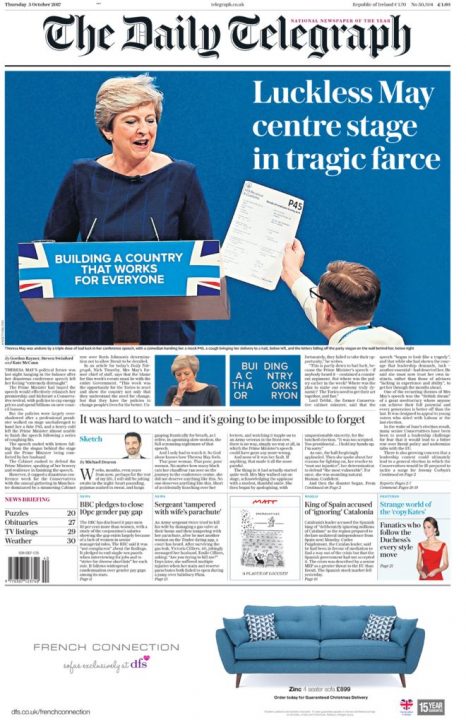 The Financial Times discussed May’s “ordeal” and the “renewed speculation on leadership”: 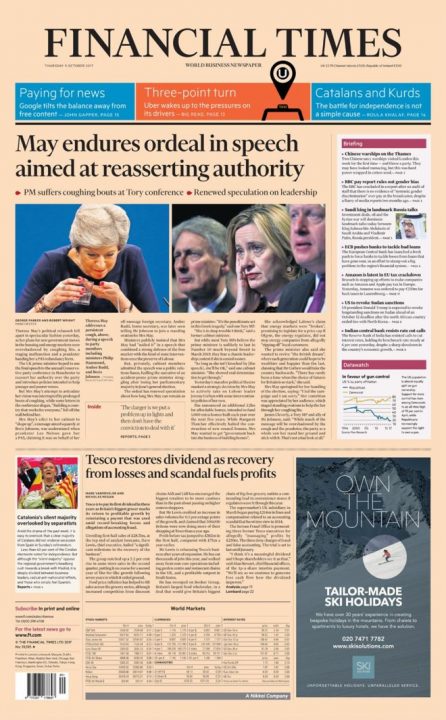 While some of the tabloids made open fun of the Prime Minister: 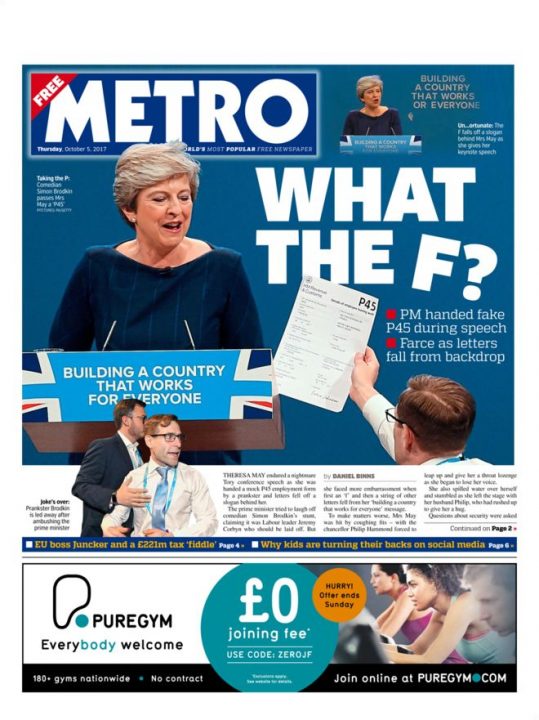 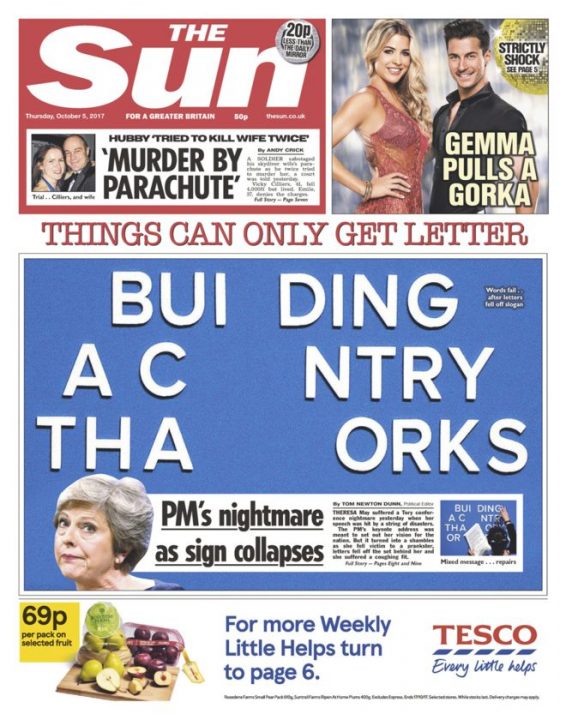 To make matters worse for May and the Conservatives, it is not only at home that they have become figures of ridicule. The international media has also enjoyed tearing into them. First, some examples from Germany:

The Spanish El País described “a turbulent speech” which “destroyed May’s [attempt] to strengthen her leadership”:

While in France, “she arrived weakened and she finished on her knees”:

14/ France's @Le_Figaro : "She arrived weakened, and she finished on her knees -close to tears… A nightmare." pic.twitter.com/ZUqQezsu5Y

With May now a figure of fun at home and abroad, while her party concedes political ground to Labour, the imminent collapse of this present government seems inevitable.