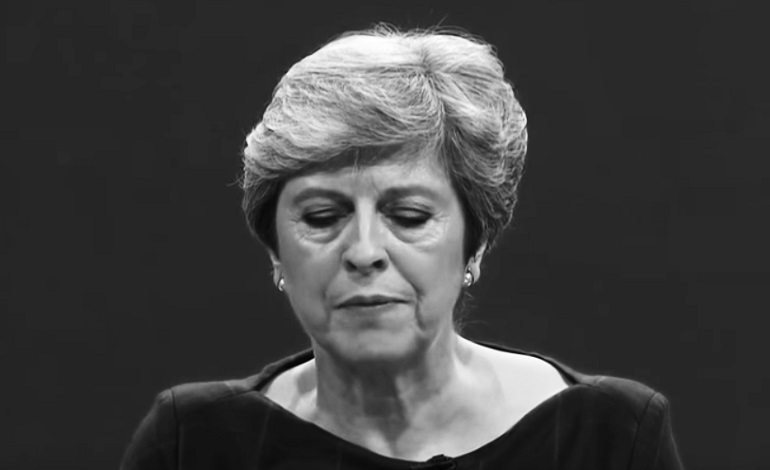 While Theresa May was spluttering her way through her conference speech, dodging her P45 and falling letters, the government snuck out a £3.35bn hit on some of England’s poorest households. The relevant part of the announcement was one paragraph long. But it will end up affecting millions of people, as one hypothetical family demonstrates.

As writer Joe Halewood spotted, buried in the detail of May’s £2bn housing announcement on 4 October was this:

Under the proposal set out today, increases to social housing rents will be limited to the Consumer Price Index (CPI) plus 1% for five years from 2020. This will give social tenants, councils and housing associations the security and certainty they need.

Since 2015, housing associations have been forced to reduce social rents by 1% a year. But a parliamentary document clearly states:

The National Housing Federation is lobbying for flexibility for associations to set their own rents.

And as Inside Housing noted:

And it seems housing associations got their wish.

And while £143 may not sound like a lot, the figure needs to be viewed in conjunction with other factors.

63% of people [pdf p1] in social housing get housing benefit. So, as an example, take a family of two adults and two children under 14 living in social housing in Slough. Both adults are in the Work Related Activity Group (WRAG) of Employment and Support Allowance (ESA), as one lives with fibromyalgia and the other with severe depression.

By 2020, their ESA and child benefit will not have increased, as these have been frozen since 2016. But their weekly rent will have dropped in line with the yearly 1% reductions to £118.50. Although when the government’s new rent rules come in, this will increase to £122.06. So in theory, this family will still have an income before housing costs of £15,496.20.

But none of this accounts for inflation, which by 2020 will leave this family around £3,000 worse off in real terms (adjusted for inflation) than they are now. Because by that time, median income is forecast [pdf p29] to be £518 a week while their ‘income’ will not have changed. So this family will then have been pushed into absolute poverty.

And with the increase in social rent, this will only get worse. Because by 2025, if ESA and child tax credits have not increased, this family will have £179 less cash a year to live on than they did a decade earlier.

May: cutting families to the bone

This ‘hypothetical’ family cannot afford a rise in social rents in 2020. And neither can thousands of real-life families across England, either. Government policies have already contributed to:

A rise in social rents could very well be the last straw for thousands of families.

The Canary contacted the government for a response, but none was received at the time of publication.