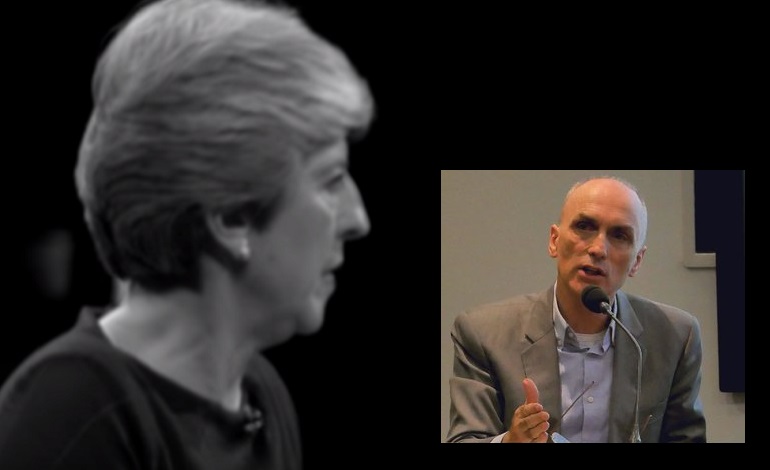 A Labour MP has released a video appraisal of Theresa May’s ill-fated conference speech. Set to Simon and Garfunkel’s The Sound of Silence, it’s unflinching in its criticism. And it is possibly the best two-minute summation of the PM you’ll hear this week.

I’ve come to talk with you again…

The sound ….of silence pic.twitter.com/8f9FfM2c9p

She had a total of £15bn in spending commitments just in this Parliament without a single reference to how the money will be found to pay for them. The Tory magical money tree returns.

In the words that it was forming…

Williamson also argued that the PM was ‘watering down’ Labour policies. On this point, The Independent noted that, in five areas (mental health, energy prices, housing, student debt and organ donation), the PM:

effectively adopted Labour’s policies and announced them as her own. In other areas, she moved the Government’s agenda in a direction that Jeremy Corbyn and his team have long been demanding.

And whispered in the sounds of silence…

But it’s Williamson’s “crumbling set” and “croaking voice” metaphor which is perhaps most on point. YouGov polling showed that 49% of people thought May’s speech went “badly”, as opposed to just 15% who thought it went “well”. And with 30 Tory MPs reportedly baying for her resignation, and the press gunning for her, May’s “strong and stable” vision for her party, and leadership, is falling apart. Much like the letters on stage on 4 October.