As if losing their jobs wasn't bad enough, Monarch workers had to pay to find out in the first place - Canary 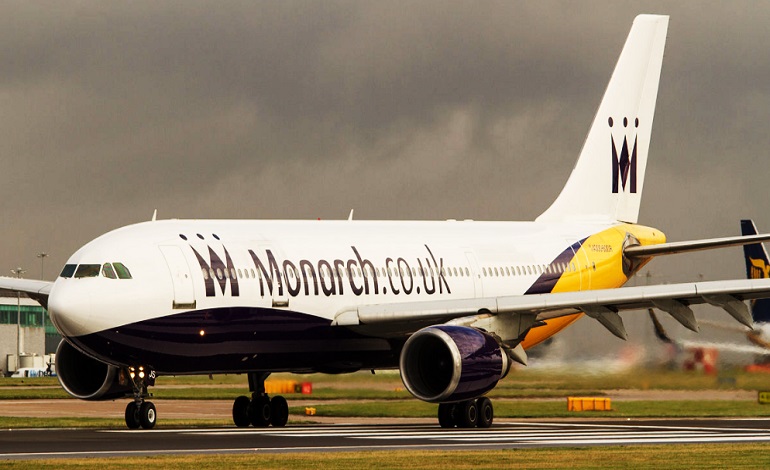 A group of workers made redundant in the high profile company collapse were given the ultimate kick in the teeth. Because to find out details of their job losses, they had to phone a premium rate number. And it ended up costing some of them £40, just to find out they’d been ‘let go’.

As The Canary previously reported, on 2 October Monarch Airlines announced it had collapsed, with the loss of 2,750 jobs. The Civil Aviation Authority (CAA) called it “the biggest ever UK airline failure” as it made plans to repatriate the 110,000 people who had flown abroad with Monarch, and had no way to get home.

As The Canary noted:

Unite… said Monarch went bust because of ‘the government’s Brexit uncertainty and failure to intervene’.

But now, a union has claimed that pilots had to call a premium rate number to find out details of their redundancy packages.

The British Airline Pilots’ Association (BALPA) has accused Monarch’s administrators of making some of its members join a conference call on 2 October, for which they had to dial a premium rate number. It was set up for pilots who were unable to make other meetings. But according to talkRADIO:

The union claims some paid in the region of £40 just to hear their redundancy packages read out to then [sic].

We have since been made aware that each of the participants was charged an additional sum by their phone company to join the call. We will ensure all participants are refunded any additional costs they incurred.

But this token gesture is probably of little comfort to staff who now face a bleak Christmas, potentially on the dole. Thanks, in part, to the Conservatives’ chaotic Brexit.