As thousands lose their jobs, the government wants to be the hero. But it's not quite working. [TWEETS] - Canary 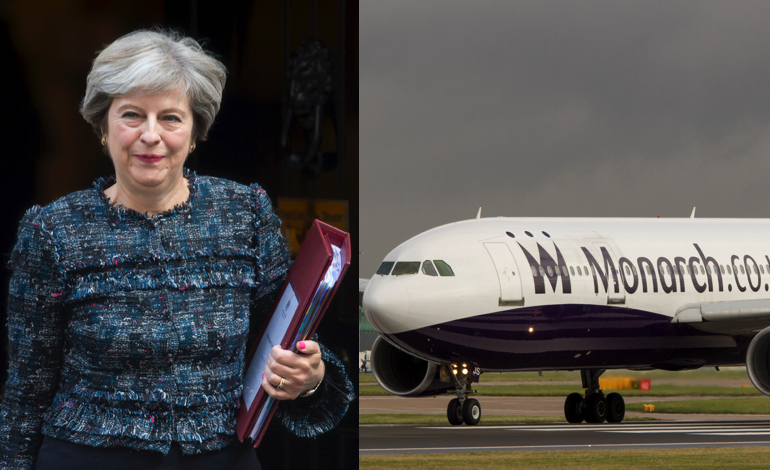 On 2 October, 2,750 people woke up to discover that their employer had gone out of business. And they’d had no warning that they would be out of work.

Monarch Airlines has announced that it is folding and cancelled its future bookings, effective immediately. The Civil Aviation Authority (CAA) called it “the biggest ever UK airline failure”:

This is the biggest ever UK airline failure. The CAA and Government are working together to support #Monarch customers. pic.twitter.com/YsXrGdj5FB

But the situation shows that, when the government wants to, it can find the money and resources to support people in a crisis. And in this case, it has helped those who are stranded abroad. But what about those who no longer have work?

The CAA is “repatriating” the 110,000 people who had flown abroad with Monarch, and now have no way to get home. The government called it the “biggest ever peacetime repatriation” in UK history.

But while it paints itself as a hero for picking up the pieces for “the failure of Monarch”, it makes no mention of why Monarch collapsed in the first place; or whether the government could have helped to save it, as the German government did with Air Berlin.

So as the Department for Transport (DfT) praised its work bringing people home, people took to Twitter to point out that 2,750 people had suddenly lost their jobs:

Monarch was one of the greats in British aviation. Shame to see it go but especially sad for its hard working staff. #monarch pic.twitter.com/yPDOu4JiMm

@Monarch Want to say we are rooting for all staff at Monarch today. We know it's not your fault and hope for a positive outcome #Monarch

Feel sorry for the staff involved in the #Monarch collapse… Loosing your holiday is one thing, but your job is another.

‘Sitting on its hands’

Given these losses, one large union won’t let the government off the hook. Unite, which represents 1,800 of Monarch’s staff, said Monarch went bust because of “The government’s Brexit uncertainty and failure to intervene”.

The union said potential investors in Monarch were “deterred” by the uncertainty around Brexit as it’s unclear how that will affect flights between the UK and the rest of Europe. It added:

Unite also understands that government ministers rebuffed requests by Monarch to provide a bridging loan, charged at commercial rates, to tide the company over while it restructures the business to focus on its long haul operations…

Monarch’s workforce has worked tirelessly and loyally, with great sacrifice, to try and turn the airline around in the last year. Their hard work has been undone by a government seemingly content to sit on its hands and allow one of the UK’s oldest airlines go into administration.

The government, meanwhile, is more than willing to “fight our corner” when it comes to the 4,200 Bombardier jobs at risk, due to a trade dispute with Boeing.

And a DfT source told The Canary that the Department for Work and Pensions (DWP) will help Monarch’s 2,750 former staff “re-find employment”. The source said the DWP has:

set up job centres plus rapid-response services… to help those people regain employment as quickly as they can.

With Brexit underway, more and more jobs could be put at risk and maybe lost. So the government will have to find a way to protect them, or support people who suffer along the way.