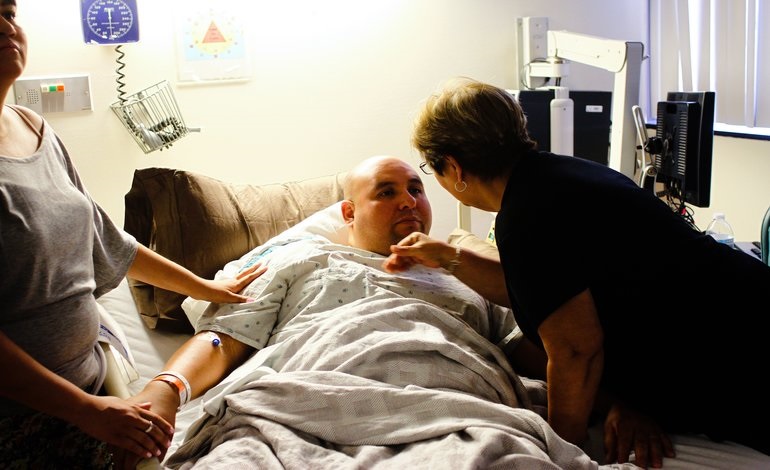 A new report into the NHS claims that soaring private care may be putting ”lives at risk”, partly due to a ”one-third” increase in income from private providers since 2011. With waiting times at their highest levels for a decade [paywall], the diversion of resources to more profitable avenues raises questions. But with recent accusations of ”stealth privatisation”, this may be a sign of what’s to come. And doctors are growing increasingly concerned about rising levels of patient deaths.

As The Independent reported, the analysis by thinktank Public Matters looked at income rates at the Royal Marsden cancer hospital in London. Incredibly, the hospital has increased its income from private treatment by 105% (£47.2m) since 2010. And while in the same period the hospital increased its NHS caseload by 17.2%, this is much less than its 30.2% increase in private work.

The hospital told The Independent that it is ”first and foremost an NHS organisation”. It continued:

We have seen growth both in our NHS and private care referrals and patient flows over recent years.

The integrated model at The Royal Marsden allows us to reinvest all of the income from private care into the hospital.

Many other NHS trusts use a private company (part-privatisation) to run their private services and this company will share in the profits. This is not the model the Royal Marsden operates.

The Marsden said its “combined model” gave it control over all of the income and the running of services.

With staff shortages across the board and increasing NHS waiting lists, there can be no doubt that using NHS resources for private patients is putting the squeeze on NHS services.

But the Royal Marsden is not alone. Government figures show a 29% (£130m) increase in overall revenue from private patients since 2012. The sudden change in funding follows the Health and Social Care Act 2012, which increased the cap on private revenue in NHS organisations from 2% to 49%. Professor Alyson Pollock, of Newcastle University’s Institute of Health and Society, told The Independent:

We are losing our NHS. We will lose our NHS unless the Government stops commercial contracting and stops foundation trusts from bringing in private patients

Worse still, it seems that private companies actually get priority on resources through lucrative deals. Dr Bob Gill, crowdfunding for the film The Great NHS Heist, told The Canary:

There are contracts between hospitals and private companies. There is a two-tier system, where private patients have priority to scans and expensive treatments unavailable on the NHS.

A Department of Health spokesperson told The Independent:

NHS hospitals have always been able to generate additional income to improve the services NHS patients receive, but income from private patients has remained at the same low rate over the last five years – and remains well below 1% of trusts’ income.

Where private patients are treated in the NHS there are safeguards in place to make sure services are not affected and all profits are reinvested into frontline patient care. The public can be absolutely assured that we’re fully committed to a world-class NHS that is free at the point of use.”

With a growing shift to private revenue, professionals are concerned that state care is suffering. Worse still, NHS debt has reached a record high. Also, with doctors and nurses leaving the profession, diversion of NHS funds to private care may leave a hole that cannot be filled. This leaves Pollock concerned that the results may be ”catastrophic”. And Harrington believes that ”lives may be put at risk”.

And these worries are shared by front-line physicians. Doctors are worried about the impact on the NHS of private patients using its staff and beds. Gill told The Canary:

We have limited resources and shrinking capacity within the NHS. And more and more of it is being diverted to private patients. This is taking what we have away from normal people.

Worse still, we may already be seeing the effects of the shift. Because with private care using NHS facilities, it may be inevitable that the poorest will suffer. And Gill is adamant that standards are already dropping:

For the first time ever we are seeing a slowing in the increase in life expectancy, and one paper even says that 30,000 deaths have been blamed on these types of measures. This is happening in a covert fashion.

Youssef El-Gingihy, GP and author of How to dismantle the NHS in 10 easy steps, is also concerned. He told The Canary:

A two tier system is already in place. The NHS is shrinking and this is a direct result of the Health and Social Care Act. NHS patients are being turned away. This is all happening under the radar. No one wants to talk about it. There is a clear financial incentive.

But with the real cost of privatisation becoming clear, Gill has a strong message for the Health Secretary:

My main message for Jeremy Hunt is that the evidence suggests increased pressures on the NHS are causing preventable deaths . We need to restore a publicy provided NHS, and this is what the people want.

And with a hike in private revenue, an alleged two-tier system and accusations of preventable deaths, Gill might be worth heeding. Whatever the profit, the real cost will be in human life.

The Canary contacted the Department of Health for further comment but it responded with a duplicate of the statement already published in The Independent.

– Check out more articles from The Canary on the NHS.