While the Tories' conference distracted us, they quietly gave a top government job to one of their own failed MPs - Canary 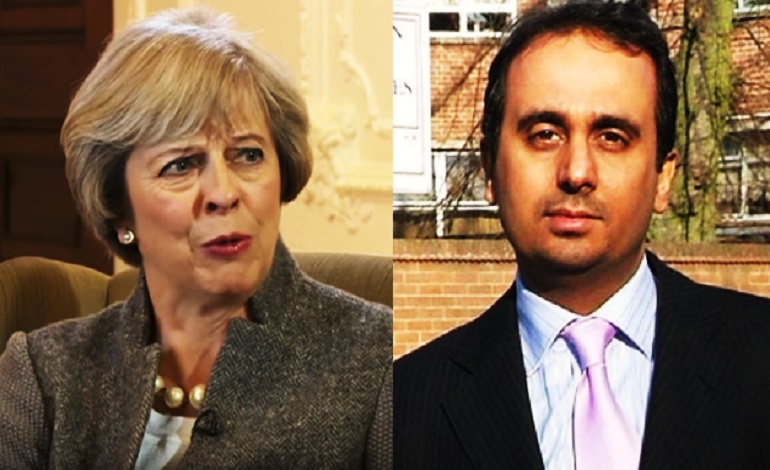 While all eyes were on the Conservative Party conference, the government quietly announced the appointment of a new ‘Small Business Commissioner’. But instead of giving the post to an industry expert, it handed the role to one of its own. And one who is a failed MP, at that.

The Department for Business, Energy & Industrial Strategy (BEIS) said on Monday 2 October that it had created the job of Small Business Commissioner to:

Business Secretary Greg Clark’s department has chosen Paul Uppal for the new role, a man who it said was a “father-of-three from Birmingham”. Clark said:

I am delighted to announce Paul Uppal as the first Small Business Commissioner. His extensive experience as a small business owner makes him perfectly suited to champion the interests of small business and bring about a change in culture that will create a level playing field for everyone.

But what the BEIS and Clark both apparently failed to mention was that Uppal was previously the Conservative MP for Wolverhampton South West; that he only held the office from 2010 to 2015; and that Labour has since defeated him; not once, but twice.

Uppal is, though, a small business owner. He co-founded property firm Pinehurst Securities in 2001, which deals in housing development, buying and selling, and the “renting and operating of housing association” properties. The company held [pdf p3] over £11.9m in assets in 2016. And £6m of Pinehurst’s assets are in shareholder funds, of which Uppal is the majority [pdf p4] shareholder, owning 66% of the company. This makes the value of his stake just under £4m.

And it was seemingly his interest [paywall] in property which led the previous coalition government to appoint [pdf] Uppal as Chair of the All Party Parliamentary Group on Urban Development in July 2010. In 2012, he called in parliament for companies and landlords to be exempt from paying tax on empty properties, as it was “a millstone around their necks”.

Move on. Nothing to see here.

But in 2013, Uppal was subject to a Freedom of Information request over his alleged conflict of interest in a free school in Wolverhampton; something which the Department for Education denied.

His father, Surjit Uppal, was a director of the now-dissolved Wolverhampton Sangat Education Trust, which ran the Anand Primary School. Opened in 2013, it was criticised for being a “waste of money”, after it was given £220,000 by the government for just 20 pupils. But in 2012, Uppal appeared to invite the then PM David Cameron to visit the school once opened, and has been supportive of the free school programme more broadly.

The school was rebranded [pdf p8] as the Nishkam Primary in 2014, and Uppal formally opened [pdf p8] it with William Hague in 2015.

There is no evidence to state that Uppal is not capable of the job of Small Business Commissioner. But what his appointment does show is the Tories once again appointing their ‘chums’ into positions of power within government. We already have, for example, the former Tory MP and Housing Minister Gavin Barwell now employed as Theresa May’s Chief of Staff. And with the appointment of Uppal, it indicates that, under May, it seems to be less ‘what you know’, and more ‘whom’.