Philip Hammond just called 42% of the country a 'menace', in a chilling threat to UK democracy [TWEETS] - Canary 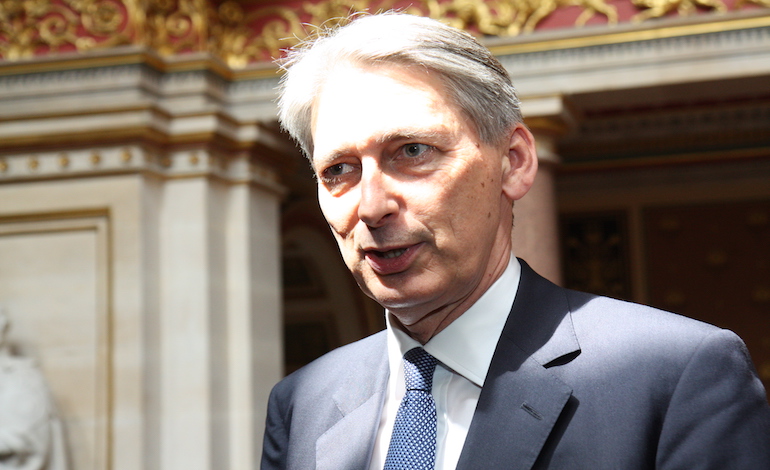 Philip Hammond just called 42% of the country a “menace” as he revealed the extremes that the Conservatives are going to in order to maintain power. In a speech he gave at a £400-a-head dinner to a room of big business figureheads, the Chancellor implored his listeners to support the Conservatives in order to keep Labour out of power.

Journalist Paul Mason described this as a call on the CEOs to “break fiduciary duty”. (Fiduciary duty is the obligation to act in the best interests of another party – which in this case would probably mean company shareholders.)

‘Menace’ is defined as “something that is likely to cause evil, harm, injury”. Labour won 40% of the popular vote at the 2017 general election and leads recent opinion polls on 42%. Jeremy Corbyn’s party has led nearly all voter intention opinion polls since the last general election. There is also the possibility of a snap election at any time, as the last one led to a hung parliament. So as Tory efforts to democratically persuade the public to vote for them are failing, they are apparently turning to rich business people in private.

Chancellor Hammond at £400 a head dinner: these are chilling words for U.K. democracy – I will explain why… pic.twitter.com/bXA0B2vufe

What else are the Tories resorting to?

He then goes on to suggest that Hammond’s words could merely be scratching the surface; and that the Conservatives could be ordering public institutions to ensure Labour does not win power:

If that's what Tories are saying to business what are they saying to MI5?… read Hammond words and imagine them said to civ service

They have form, remember: https://t.co/cCktrfVjhO

He also says that Labour’s policies, which numerous economists have previously backed as “sensible”, would strengthen the UK’s private sector:

Elsewhere in private meetings language even more extreme. They will frame Lab as threat to capitalism when in fact it's program

But as the UK economy slows and the Conservatives continue their hatchet job of Brexit, the listening business people may have ignored Hammond altogether.

The real menace to Britain

Hammond just showed what the Conservatives really think of democracy. If they can’t stay in power through winning hearts and minds, they will apparently resort to whatever means necessary, whether democratic or not. Subverting democracy through ordering powerful people to support the Conservatives, while labelling 42% of the country as dangerous, shows just who the real menace to society is.