A right-wing ‘hero’ is taunting the father of a sick child. But there's a happy ending. - Canary Workers’ Co-op 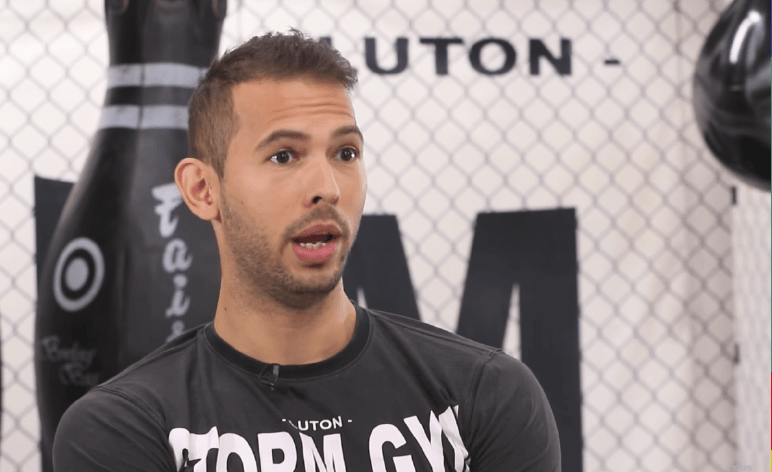 Andrew Tate is a professional kickboxer. He recently attained a degree of notoriety for his claims that depression isn’t real. This notoriety gained him many supporters among the right – including figures like Paul Joseph Watson of conspiracy site Info Wars.

But Tate’s latest activity has seen him using a child’s sickness to taunt the father. And although you’d expect that this would be a step too far, many of his followers are actively praising him.

Jon Rosenberg is a comic book artist. One of his sons has cerebral palsy. He has been accepted for surgery that could treat his condition. But as Rosenberg lives in America, this surgery isn’t free. So to try and pay for it, the artist set up a Go Fund Me page.

Most people would draw the line at using a child’s illness to belittle the parent. But Tate is not most people: 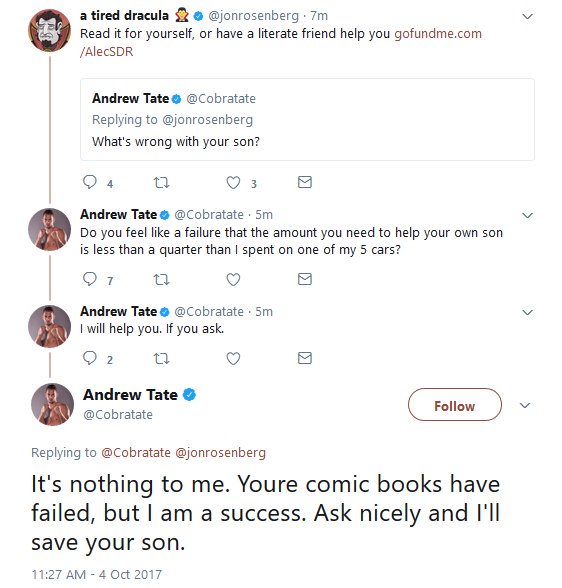 Tate later claimed that Rosenberg ‘begged’ him for money:

There doesn’t seem to be any evidence for this. Although before this exchange, Rosenberg was mocking other comments made by Tate:

But Rosenberg responded to Tate’s offer by saying:

And he had also already reached his target on Go Fund Me – presumably giving him little reason to request money from Tate.

We made our goal last night. Alec's going to get the medical care he needs. https://t.co/rspwUDe2E7

Despite his behaviour (and the dubious nature of his claims), many of Tate’s supporters were backing him:

Pointing out that the funding had already been met didn’t seem to help matters: 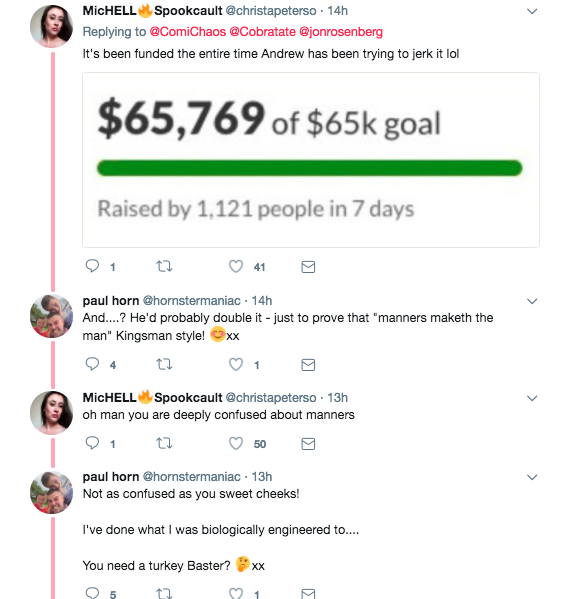 Some of his fans were even calling him a “hero”, and Tate was happy to retweet them:

Andrew Tate has been exposed to a wider audience through figures like Paul Joseph Watson, who he made a video with. Watson and Info Wars have also become more relevent through their links to President Donald Trump, who has been connected to the site’s founder Alex Jones.

It will be interesting to see if Tate’s new friends criticise his actions, or if they continue to promote him as a personality. Because if they don’t ostracise him, this represents the sort of behaviour they’re okay with.

The silver lining, however, is that Rosenberg’s son will be getting the help he needs – thanks to his generous supporters. And if Tate’s reprehensible outburst has proven anything, it’s that there are more good people out there than bad.