Pheasants are being raised in 'cruel' and 'horrific' conditions. But one group is fighting back - Canary 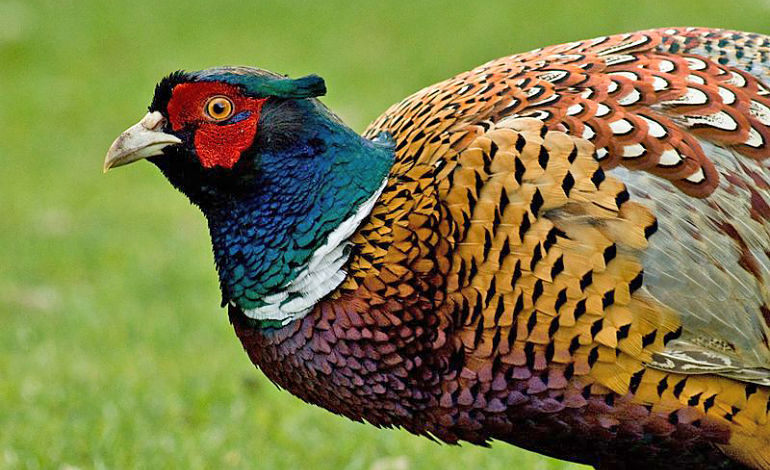 It’s a spectacular bird that seems like an icon of the British countryside. But two animal rights organisations have recently published undercover footage revealing pheasants bred in factory farm conditions. And one has announced a campaign to start taking action.

On 30 September the Hunt Saboteurs Association (HSA) released footage from undercover investigations at Knowle Game Farm in Kent. And it shows conditions similar to Animal Aid’s investigation, including tiny barren cages, beak restraints and birds attacking each other because of stress.

In 2010 the outgoing Labour government attempted to legislate against the raised barren cages seen in both investigations. But pro-hunting groups, including the Countryside Alliance and the Game Farmers’ Association, succeeded in encouraging the new Conservative farming minister to drop the plans.

Responding to Animal Aid’s investigation, a spokesman for Heart of England Farms told The Mirror that:

We are visited weekly by a game bird vet — while the Animal and Plant Health Agency have the visited site. These professionals have no concerns with our practices…

And KentOnline reports Knowle Game Farm as saying they have:

… 25 years experience in the industry and their number one priority always has been the bird’s health and welfare. They accused the Hunt Saboteurs’ investigators of killing birds and said the farm was aware of the dumping of dead birds which occurred earlier this year and it took action at the time.

Fighting back through direct action

Pheasants are semi-wild creatures. And one common result of their artificial upbringing is millions being killed by motorists each year as they do not have time to develop an understanding of roads.

The British Association for Shooting and Conservation suggests that shooting is “the management of game such as pheasants and partridges”. But the HSA has launched a campaign to “[lay] bare what really lies beyond the shooting industry’s propaganda”.

We're launching a fresh campaign against the vast and horrific shooting industry. Please tip us off with any infohttps://t.co/0wpylCssVe

The direct action network has asked for tip-offs and information about game farms and shoots. It says:

Together we can put an end to this vast, horrific industry.

With decades of direct action success, the HSA is one group that might get the shooting industry looking over its shoulder.

– Contact the HSA with any information you have about game farms and shooting near you.

– Read more from The Canary about Game Shooting.