What WAS that eerie red sky about? - Canary 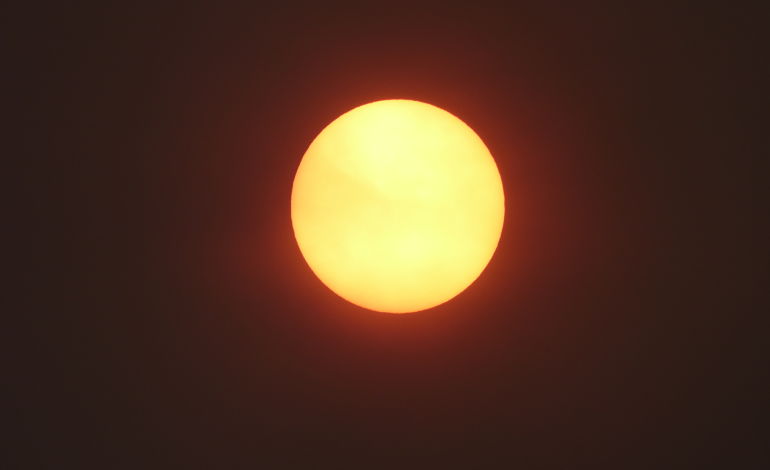 Looking out of the window yesterday afternoon, it seemed like the world was ending. Temperatures were several balmy degrees higher than the October average, and the sky was red. If you could see the sun, it was probably the colour of blood.

But rather than indicating the start of the apocalypse, these features were down to Ophelia, the severe storm that battered Ireland, Scotland, and the west of England and Wales.

The ex-hurricane is so far outside what is usual for Atlantic storms that it is literally off the chart. The National Oceanic and Atmospheric Administration (NOAA), which provides hurricane warnings in the US, had to update its software to cover the expected trajectory of Ophelia. No Atlantic storm has ever made it so far east, so the forecast track just stops at 60°N and 2°W:

First time I have ever seen a @NOAA #Hurricane track prediction track for where I live! #StormOphelia #weather #climate pic.twitter.com/spQP78Acvi

Powerful storms like Ophelia bring extremely high wind speeds, like those seen across Ireland and western areas of the UK. Gusts of around 90 mph were reported by the Met Office yesterday, with higher estimates from other sources. The storm has already been responsible for three deaths in Ireland.

Ophelia’s position means that the air hitting the UK comes from further south than usual. That’s because storms drag air around them anti-clockwise. So, rather than getting cold Atlantic winds like we normally would in autumn, the UK is basking in unseasonable warmth. Temperatures have been soaring across much of Europe, too:

Ex-Hurricane #Ophelia has drawn warm air up from the continent today. So far we've seen highs of 22 °C in the southeast pic.twitter.com/5cRZKFCfZ9

Ophelia is bringing more than just heat from further south, though. Dust blown all the way from the Sahara desert gave the sky yesterday that sepia filter look. Saharan dust contains minerals that give it a red tinge, explaining the surreal light we saw yesterday.

As well as this, ash from the devastating wildfires raging across Spain and Portugal was blown over the UK. Wildfires that have already claimed more than thirty lives were sparked by the same hot, dry, windy conditions responsible for the heat across Europe.

The dust explains why things were so cloudy, too. Dust particles act as seeds for clouds. Water sticks to small particles like dust, and can rapidly form clouds. Adding dust to the atmosphere is like throwing a magnet into a pile of iron filings. Hey presto, you have a cloud.

So no need to head for the bunkers yet. Just remember to take care in affected areas and take note of the weather warnings in place where you are.