The Daily Mail and Rupert Murdoch have gone to war. And it's absolutely delicious. - The Canary 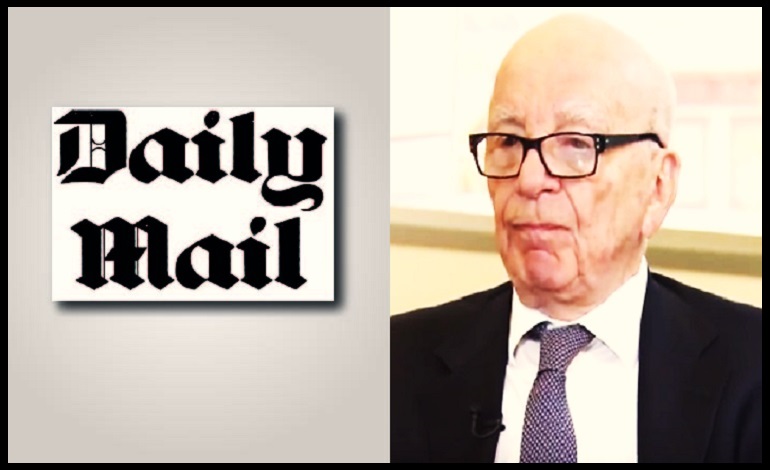 It appears that Rupert Murdoch has started a war of words with The Daily Mail, over revelations from whistleblowers about what life is like working for Mail Online. So if you’d like popcorn before the show begins, please get some now.

On 13 October, student paper The Tab, which is funded by Murdoch’s News Corp, ran an exposé about Mail Online‘s graduate journalist scheme. It claimed to have spoken to an “ex-trainee and seven other former employees” of Mail Online about their experiences. And the apparent results were juicy, to say the least.

The Tab alleged that the former Mail Online employees indicated:

What you actually do all day is take an article from a news agency, and copy and paste it over to your article, and then add bullet points and captions. That’s about it really. You’re given an hour to do an article and any longer they start getting pissed. They expect eight stories a day.

They also noted that:

There was a constant culture of fear, but it was more the apathy of the place that gets to you. The editors and senior editors are under so much pressure from the top, it seeps down.

The Tab alleged that 10 of the 16 graduates employed by Mail Online in the last year had quit. It also said that some of them had to pay back £1,500 towards the cost of their training.

So Mail Online hit back with a statement in The Tab‘s article. But according to The Press Gazette, The Tab failed to include Mail Online‘s most stinging criticism.

Mail Online claimed that its graduate programme was “robust and demanding”, and that it made “no apologies” for that. It also noted it “invests substantial sums” in its graduates. Meaning that it was “only reasonable” that people should pay some of the money back if they leave the programme early.

But according to The Press Gazette, The Tab omitted Mail Online‘s swipe at Murdoch. Mail Online reportedly told The Tab that:

This is clearly a hatchet job to please The Tab’s new investors. We are amazed you do not have the integrity to declare your interest after accepting millions of dollars from News [Corp], one of our biggest competitors.

With The Daily Mail overtaking The Sun in 2013 to become, and remain, the UK’s “most-read news brand”, it’s unsurprising that Murdoch’s knives are out. But for many, there is probably no clear winner in the battle to be the biggest shitrag in the UK press. It’s a hard-fought contest, but it’s neck-and-neck between Murdoch and The Daily Mail.