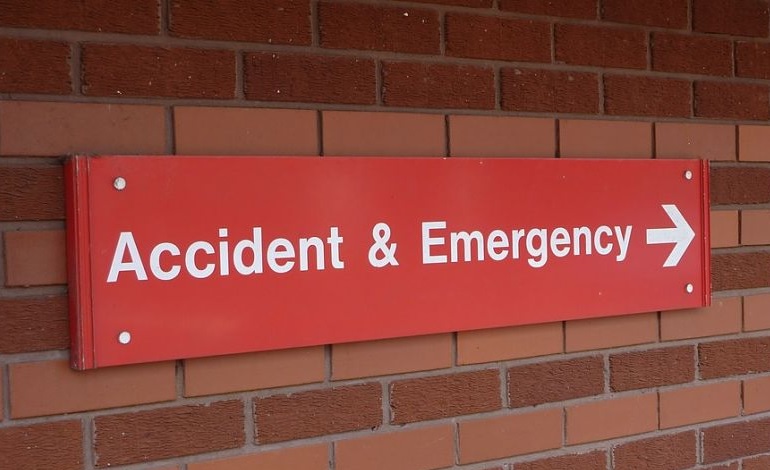 An A&E doctor has made an appalling claim about the state of the NHS. And it demonstrates why the health service just essentially ripped up its own constitution.

The Guardian recently spoke to NHS staff about the crisis in the health service; its worst winter crisis for decades. Senior doctors have now written to Prime Minister Theresa May warning that patients are dying in hospital corridors because the NHS doesn’t have the funds or staff to care for them properly.

One unnamed A&E consultant told The Guardian that patients waiting in corridors was, indeed, not unusual. The consultant then went on to describe what happens to those patients next:

You can’t fully assess patients on the corridor, so you look at them, get as much information from the paramedics as possible, and make a judgment call. You pick the patient you think will die the quickest without treatment and they get your next free space.

The consultant said that making these decisions is “overwhelming”. As they explained, NHS staff are basically morphing into ‘firefighters’. And having to judge which ‘blaze’ to put out first, without the proper time and resources, causes staff to “live in fear” of making the wrong, fatal choice.

Meanwhile, some other patients don’t even make it onto the corridors. For example, an 81-year-old woman from Essex died at home on 2 January after waiting almost four hours for an ambulance to turn up. And when ambulances are able to get to a patient, many then experience delays getting them into hospital.

It’s unsurprising then that Chris Hopson, the chief executive of NHS Providers, has now admitted that the health service is failing in its own terms. In a letter to Health and Social Care Secretary Jeremy Hunt, Hopson said:

The NHS is no longer able to deliver the constitutional standards to which it is committed. We need to be realistic about what we can provide on the funding available.

The NHS Constitution sets out the legally binding values, principles and standards for authorities and companies involved in the NHS. But as Hopson says, the NHS is no longer living up to it. In the letter, the CEO of the organisation that liases between NHS trusts and Hunt’s department called for more funding. Hopson concluded:

We can fix this, but there must be no more delay. The ball is now firmly in the Government’s court.

However, it’s unlikely that the government will come through with the rapid funding Hopson asks for. In response to the letter, a spokesperson for the Department of Health and Social Care (DHSC) said:

The NHS was given top priority in the recent Budget with an extra £2.8bn allocated over the next two years, and was recently ranked as the best and safest healthcare system in the world.

The DHSC appears to believe that the NHS can cope for now with the money it has, even though the service’s leaders say otherwise. But given the “war zone” hospital conditions we’re witnessing, it’s clear who we should believe.

So if we want to save the NHS, and the millions of lives dependent on it, there’s really only one way forward. We have to bury this government at the ballot box as soon as we next get the chance.

– Take action with the Keep Our NHS Public campaign.