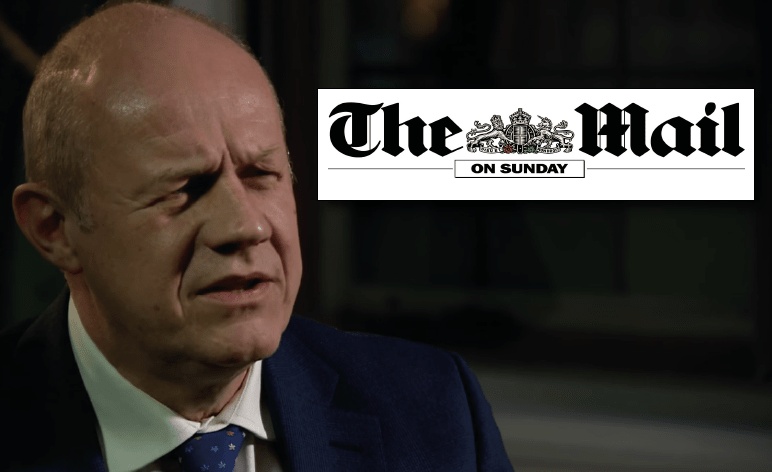 On 1 November 2017, Conservative-aligned writer Kate Maltby detailed alleged instances of inappropriate behaviour from Damian Green. Green was the government’s First Secretary of State at the time the accusations were made.

The article led to much negative press for Maltby – not least from The Daily Mail and The Mail on Sunday. Maltby has now detailed further how these papers – in her words – attempted to “smear” her. The Mail on Sunday denies any such attempt.

there’s something else I want known about the Mail’s attempts to smear me. The photograph the Mail used for their hatchet job was not the photograph which ‘provoked’ Green to text me. It was a much more revealing image which I never gave any newspaper permission to publish.

In 2016, I agreed to be photographed for The Times wearing a ‘waist-trainer’ corset, provided they only published an image cropped from the waist up. The Times, and their lovely, honourable photographer Chris, stuck to this. They are good guys.

I agreed in that shoot to wear tight black leggings, so that it would be easier to cut out my silhouette and play with cropping the image. I never agreed that anyone could publish the version where my bum was on display. Then the Mail & Mail on Sunday stole the original.

That’s why this weekend’s Mail on Sunday carried a correction on Page 2, admitting that (a) they had published a forged version of a text message from me to Damian Green (!!!) (b) that it had been accompanied by “an uncropped version” of the photograph of me in a corset.

Maltby went on to speculate about whether the negative press may have discouraged other women from coming forward:

That might look minor. But it matters to me. Not only did Associated Newspapers steal a decent photographer’s creative copyright. They published a ‘sluttier’ photograph of me to suggest I had provoked male attention by revealing much more of my figure than I comfortably would.

I can’t fully discuss whether other women were put off speaking after the Mail’s coverage. But I can say the Mail tried very hard to find a single sexual indiscretion in my past. They couldn’t. Other women felt more vulnerable to such intrusion. In 2017. Let’s make 2018 better.

On December 24 we reported that Kate Maltby had been sending Damian Green friendly texts, even after she had been angered by him apparently touching her knee. We had been provided with texts, including one sent late at night and signed with an ‘x’.

We checked the texts with Ms Maltby before publication and she corrected one inaccuracy. But she chose not to point out another small inaccuracy in one of the messages we had been given. We corrected it in the newspaper and online as soon as she contacted us about it afterwards.

The image we used was an uncropped version of the one in The Times that had interested Mr Green.

The issues that were later corrected are far from the only issues with the coverage of Maltby’s claim. And until women are able to speak out without themselves becoming a target, society is failing them.