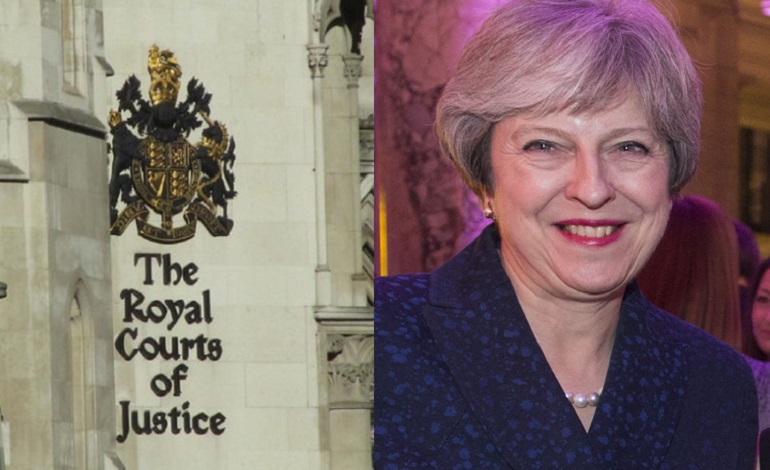 On 12 January the Court of Appeal sided with the government and a multinational corporation in a decision that campaigners claim has “marginalised” and “dismissed” their community.

Preston New Road, near the village of Little Plumpton in Lancashire, is at the centre of a row over fracking. Cuadrilla, a shale gas extraction company, has permission to frack at the site. But many local people are against the company’s plans.

The government gave the go-ahead for Cuadrilla to frack there – reportedly the first site of its kind in the UK – in 2016. The company officially began work on 5 January 2017. And ever since, protesters have been at the site.

An affront to democracy?

The government’s decision to let Cuadrilla frack has been controversial. Lancashire County Council originally refused the company’s application to frack at the site. But in October 2016, Communities Secretary Sajid Javid stepped in and gave the company permission. This overrode the decisions of Westby with Plumpton’s Parish Council, Fylde Borough Council, and Lancashire County Council, who objected to Cuadrilla’s plans.

So in August the group went to the Court of Appeal in London over the decision. But it too has now backed Cuadrilla and the government, rejecting the group’s claims that the government’s decision was unfair and unlawful.

The court said its role was not to consider whether the Secretary of State’s decision was ‘right’ but ‘only to decide whether he had committed any error of law’.

The decision was reported on the same day that Cuadrilla claimed it had made a “sizeable” discovery of natural gas at the site.

But Cuadrilla’s operations in Lancashire have been dogged by numerous scandals. These include:

Cuadrilla has repeatedly denied any wrongdoing.

A spokeswoman for PNRAG spoke to The Canary about the Court of Appeal’s decision:

We are deeply disappointed by the court’s decision… Our community has been marginalised and dismissed in favour of a decision made in the depths of Westminster.

Over 100,000 people objected to this fracking application. And by overruling Lancashire County Council, this decision only benefits big business. The last three years… has damaged democracy and trust in politicians, leaving our community feeling vulnerable and unrepresented.

We will now take time to scrutinise the decision documents and liaise with our legal team. Our end goal has not changed: we are still intent on achieving justice for the Preston New Road community and beyond.

Rowan Smith, a solicitor at Leigh Day who represented PNRAG, told The Canary:

On behalf of the whole community in Lancashire we are obviously bitterly disappointed by the Court of Appeal’s judgement… Our clients are in the process of considering whether to appeal.

Meanwhile, with Ireland and Scotland having already banned fracking, surely it is time for the Westminster government to review its out-of-step ringing endorsement of fracking.

Campaigners’ concerns about fracking are overarching. They range from polluted drinking water and earthquakes, to its contribution to greenhouse gases. What makes it such a hot topic though, is the public anger it provokes, witnessed at sites such as Preston New Road.

But while communities are angry, they are also showing great resolve in the face of the power of the courts and the Westminster government. And while they may have lost this case, the war on fracking is by no means over.