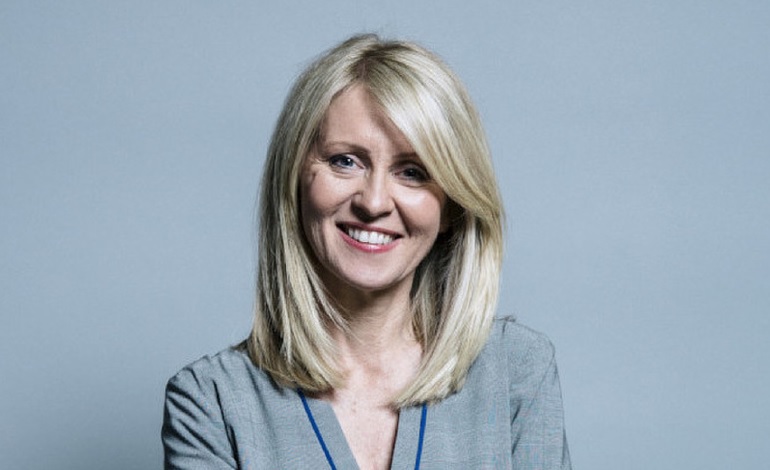 The new Work and Pensions Secretary, Esther McVey, ran a demolition firm that was twice ordered to stop work by safety inspectors to protect workers from serious injuries.

McVey – whose department’s responsibilities include reducing work-related deaths and injuries – was a director of her father’s firm JG McVey & Co Ltd from 2003 to 2006.

Health and Safety Executive (HSE) inspectors were so worried about risks to the firm’s employees that they twice halted work at its demolition sites.

In July 2003 inspectors issued the firm with a prohibition notice after they reportedly spotted dangerous scaffolding without guard rails. Inspectors reportedly only use these powers when there is a risk of “serious personal injury“.

Then in September 2003 officials intervened once more at her firm’s demolition site due to the same complaint. Inspectors were also concerned about a worker using a chainsaw without the appropriate protective equipment.

The firm’s safety records were obtained by the Environmental Health News in 2013. It found that overall JG McVey & Co breached construction safety regulations four times. It had also breached the Health and Safety at Work Act three times.

The HSE confirmed to The Canary that it provided records to the Environmental Health News in 2013. But the watchdog said they were no longer held in its database of notices. A spokesperson said:

Under the Rehabilitation of Offenders Act, HSE deletes enforcement records after seven years. The section of the Act would not have been in place in 2013 which is probably why the information was made available […] then but is not accessible to us now.

Britain’s union Unite told The Canary workers would be genuinely concerned with McVey’s past breaches of safety laws:

Since the Conservatives came to power in 2010 the Health and Safety Executive has seen its budgets slashed while safety has been cut to shreds. Workers should be genuinely concerned that Esther McVey’s past contempt for safety laws will lead to further cuts, which could further risk their safety.

While Ms McVey was a director of this demolitions firm, it was served with two prohibition notices for serious breaches of health and safety at work, including workers reportedly on scaffolding without any edge protection.

As a director, she was one of the people ultimately responsible for endangering her workers. These violations happened on her watch.

The Department for Work and Pensions (DWP) commented:

These compliance notices were dealt with to a satisfactory standard at the time.

McVey previously served as a DWP minister before losing her Wirral West seat in 2015. She said that it was “positive” that “the community had come together” through the rise in foodbanks in 2013. She also compared benefit claimants to schoolchildren and claimed that benefit sanctions helped people get into work.

Furthermore, the former GMTV presenter, who returned to parliament after winning the Tatton seat in 2017, championed benefit reforms that she expected 330,000 disability claimants to lose out from.

These safety revelations raise difficult questions for McVey. Because it doesn’t inspire confidence that she’s overseeing the HSE and responsible for safety standards with such a record.

– Sign the petition calling on Theresa May to sack McVey.