The media has missed the government's 'grotesque' £10m sweetheart deal with Southern Rail. So here it is. - Canary 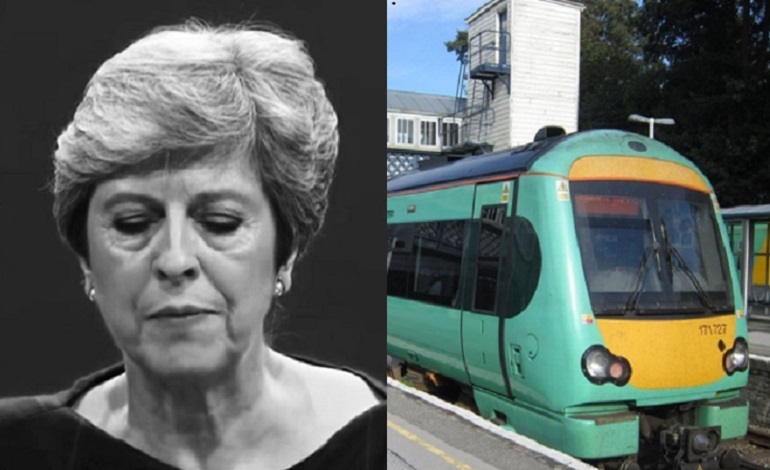 The government has effectively bailed out beleaguered Southern Rail to the tune of £10m. And in what a trade union calls a “grotesque” sweetheart deal for the train operator, it means that the Department for Transport (DfT) will be unable to take any action against the company for its poor performance.

In July 2017, the DfT ordered [paywall] the parent company of Southern Rail, Govia Thameslink Railway, to spend £13.4m on improving services across its operations. It was a fine for poor performance, in everything but name.

The improvement measures that the train operator agreed to included [pdf, p39]: 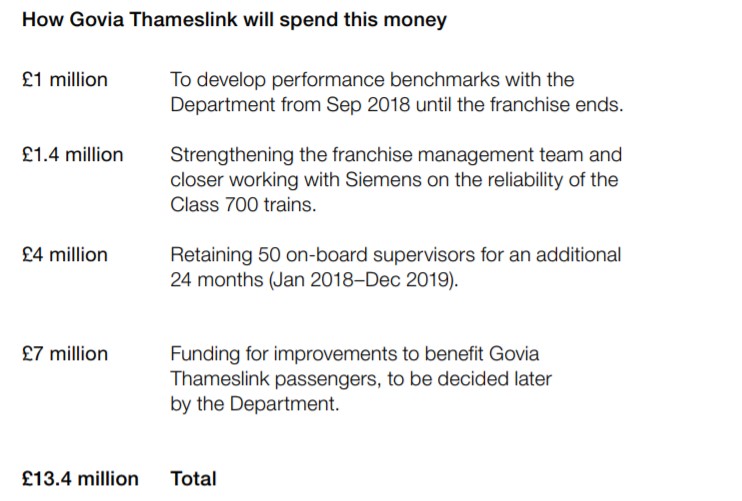 Southern Rail: getting out of jail free

But now, a National Audit Office (NAO) report into Govia has uncovered that the £13.4m agreement between the DfT and the train operator also granted [pdf, p39-40] it a ‘get out of jail free card’, making it exempt from being fined for poor performance until September 2018.

This is because the government has agreed that the £13.4m will also count towards fines for poor performance; with £5m of this being an advance fine for the period September 2017-September 2018. The Association of British Commuters (ABC) spotted this detail on 11 January.

It is unclear how the Department will incentivise Govia Thameslink to deliver good services for passengers in the future, having removed its ability to use financial performance penalties up to September 2018.

As was widely reported, the NAO also condemned Govia’s poor performance, saying it was the “worst on the [rail] network” and was not giving the public value for money.

This extreme case of corporate welfare has taken place because the ludicrous and rigged GTR contract… means the tax payer and not the company carry the revenue risk.

It’s an absolute disgrace. The company get paid whether they run trains or not.

This is a grotesque exercise that combines huge sums in corporate welfare with a Government policy objective of throwing the guards off our trains. It stinks…

And the ABC told The Canary:

All of us at the ABC are absolutely shocked and appalled to read the truth of what’s happened. Govia has been allowed to buy out two years of their performance liability. This means that, not only does the company have no revenue risk or incentive, it has now been let off all of its performance benchmarks until September 2018. After three years of constant performance failure, Southern Rail is now nothing more than a proxy to break the RMT union. And commuters and disabled people in the south are nothing more than collateral damage for this government.

But the DfT disagreed. A spokesperson told The Canary:

We are delivering the biggest investment in the railways in decades to modernise the network and deliver better journeys for passengers.

It is nonsense to suggest we have let Govia off the hook. We closely monitor the performance of all rail franchises and each franchise agreement contains clear penalty regimes for repeated poor performance.

The TSGN [Thameslink, Southern and Great Northern] franchise was brought together to deliver the Thameslink Programme, which will transform North-South journeys through London this year. New trains will run every 2-3 minutes through central London, a new rail hub will connect to Crossrail at Farringdon, and a new station opened last week at London Bridge. This franchise has earned £570m for taxpayers.

As the RMT says, this is a disgraceful display of corporate welfare. In layman’s terms, the government has let Govia off the hook over its performance. Because it has allowed the fines Govia should be paying the taxpayer to actually be ferreted back into its own coffers. And worse still, Govia is going to be allowed to perform as badly as it wants until September, without recourse.

But the news does have an upside. Because if the public were in any doubt as to whether it was trade unions and passenger groups on their side, or the government and train operators – the answer is now even clearer. And it’s not the latter.