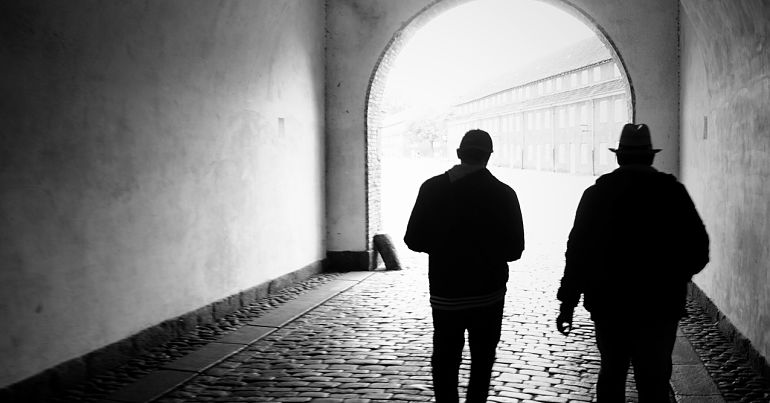 A leaked list has been published of attendees of Scientific Advisory Group for Emergencies (Sage) meetings. The secretive body advises the government on its coronavirus strategy. The Canary can also reveal that a multi-billion dollar company linked to Sage via an ‘attendee’ (and which is also contracted to a division of the NHS) has undertaken work for a UK intelligence agency.

The government is under pressure to be far more transparent on its coronavirus strategy since the Guardian revealed a leaked list of Sage attendees.

Not all on the list are scientists. According to the Guardian, one attendee is Ben Warner, a data specialist with Vote Leave, the pro-Brexit group fronted by Boris Johnson. Another is Dominic Cummings, who is regarded as the mastermind behind Vote Leave and is now Johnson’s chief special adviser.

A “No 10 spokesman” told the Guardian:

It is not true that Mr Cummings or Dr Warner are ‘on’ or members of Sage. Mr Cummings and Dr Warner have attended some Sage meetings and listen to some meetings now they are all virtual. Occasionally they ask questions or offer help when scientists mention problems in Whitehall.

But Sage participants told the Guardian that:

the Downing Street advisers were not merely observing the advisory meetings, but actively participating in discussions about the formation of advice.

According to Wired, Warner was the commercial principal of Faculty, which is now working with NHSX, a division of the NHS that specialises in digital innovation. The Guardian understands that Faculty is run by Warner’s brother Marc, and that the company is a partner with the controversial US data firm Palantir. According to Business Insider, the platform Palantir and its partners (Google and Microsoft) will use to capture the NHS data is Foundry.

The Government has issued a statement, explaining the work Palantir, Faculty, and partners are undertaking for the NHS:

NHS England and Improvement will create a data store to bring multiple data sources into a single, secure location. This is what we are calling the backend or initial store. Data needed to inform the Covid-19 response will come from across the NHS and social care and from partner organisations. It will include data such as 111 online/call centre data from NHS Digital and Covid-19 test result data from Public Health England.

All the data held in the platform is subject to strict controls that meet the requirements of data protection legislation. GDPR principles will be followed, for example the data will only be used for Covid-19 and not for any other purpose and only relevant information will be collected. Any request to access data will be reviewed through a single process controlled solely by NHS England and NHS Improvement and NHSX. …

When the pandemic abates and the outbreak is contained, we will close the Covid-19 datastore. The Data Processing agreements put in place with the organisations listed above include the steps which need to be taken to cease processing and to either destroy or return data to NHS England and NHS Improvement once the public health emergency situation has ended.

However, according to confidential documents seen by the Guardian:

While anonymised, confidential 111 information in the Covid-19 datastore may include people’s gender, postcode, symptoms, the mechanism through which any prescription was dispatched to them, and the precise time they ended the call.

As for Faculty’s role, the Guardian claims:

Faculty’s proposed simulation of a policy described as “targeted herd immunity” was part of an NHSX and Faculty planning document considered around 23 March, more than a week after ministers insisted the controversial policy was no longer being contemplated.

As for Palantir, the Government statement explains:

Palantir is a data processor, not a data controller, and cannot pass on or use the data for any wider purpose without the permission of NHS England

But even if the government’s assurances are accepted, there is another dimension to all this.

Palantir is owned by Peter Thiel. The multi-billion dollar business is one of the biggest data intelligence companies in the world.

Previously The Canary reported that the company:

was awarded contracts to handle vast data sets on UK citizens for British spy agency GCHQ. The company also helped develop an aid for the spyware XKEYSCORE programme. And a 2010 presentation on the joint NSA-GCHQ ‘Mastering the Internet‘ surveillance programme recommended running Palantir software on Android handsets (smartphones and tablets). Palantir was also used as part of a GCHQ project which sought to improve the agency’s ability to collect tweets, blog posts and news articles.

More recently Palantir has been assisting the US government in tracking ‘illegal’ immigrants. Palantir reportedly:

took in more than $4.9 million from ICE on May 30, part of a $39 million contract that began in 2015. According to a government database search, the contract goes toward “operations and maintenance” of Falcon [pdf], Palantir’s proprietary intelligence database that tracks immigrants’ records and relationships.

Given Palantir’s background in state surveillance work, the fact it’s now also working on NHS data is worrisome. Further assurances and checks in regard to data protection and the coronavirus datastore will clearly be needed.