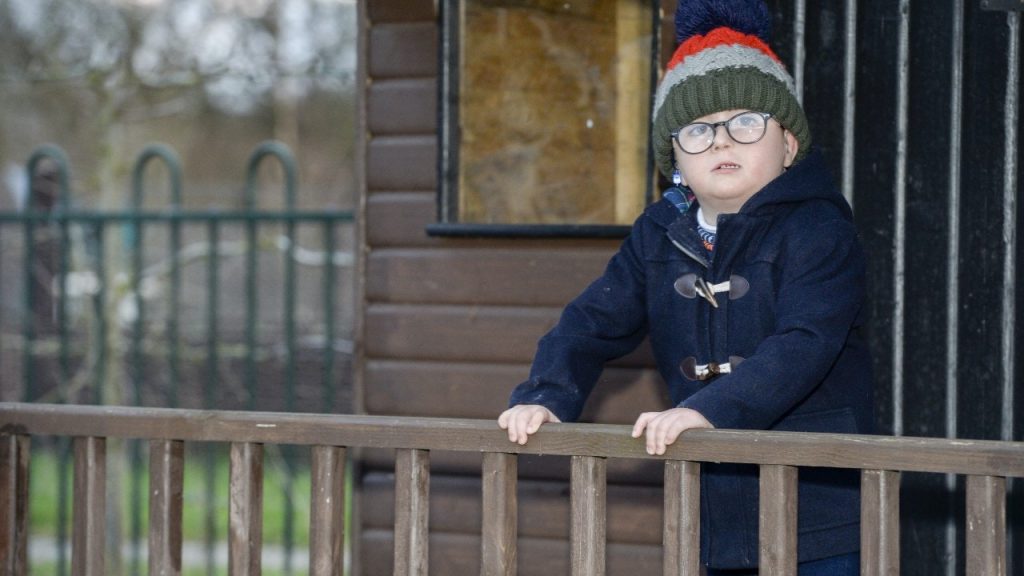 A facilities manager at a rehabilitation centre, who is having to isolate from her disabled son for weeks at a time, has said she fears she may never see him again if she catches coronavirus.

Lisa Lax-Harding, 45, made the “awful” decision to leave her family home in Sheffield to protect four-year-old Finlay, who has mosaic Edwards’ syndrome and is vulnerable to catching the virus.

Mrs Lax-Harding released an emotional video of her reunion with Finlay after her first four weeks spent away from him while working at the Steps Rehabilitation centre.

And she said she is dreading having to leave him again when she returns to work next week.

Mrs Lax-Harding said she and her wife, Abbie Lax-Harding, made the decision for her to continue working when they received a letter from the NHS about shielding Finlay.

She said: “Leaving him and knowing I could catch the virus and never come back, that’s the heartache.

She continued: “It was awful. It was absolutely horrid. The first day I moved out, I went to work, I cried quite a lot.

“Work were so, so supportive but the realisation that I might never come home if I caught the virus was horrific.

“I was awake at 3am thinking ‘what if I never see my little boy again?’.”

She said: “When you work with clients together for a long time, you want to protect them too and keep them safe. I just felt like I couldn’t turn my back on those either.

“It was the worst decision I’ve ever, ever had to make but the most important thing was that I kept Finlay safe and kept the virus out of the house.”

Mrs Lax-Harding said she had never spent a night away from Finlay before the coronavirus pandemic, despite frequent stays in hospitals and at a respite centre, and said the virus had “turned his world upside-down”.

She worked for three weeks and then spent 10 days in isolation before returning to her home in Heeley last week and said she was “ecstatic” to be home.

She said: “Missing Finlay is the worst feeling I can have.

“The day I came home, my wife wasn’t expecting me and she wasn’t in the room. Finlay was just sat on the floor playing, I think he spent a full hour literally just holding me.”

She added: “I thought he was going to forget me, what if he doesn’t remember who I am. We’re so close, we go everywhere together. I didn’t give birth to him but we have a really unbreakable bond.”

Mrs Lax-Harding will return to work next week and said she does not see the situation changing “any time soon”.

She said: “If I said I’m not scared, I’d be lying to you. I’m so scared of catching it. If I told you I wasn’t dreading leaving next week, I could cry because I don’t want to leave Finlay, but if everyone adopted that attitude, nobody would get looked after.”

She added: “But we have to put our feelings and how we feel to one side and prioritise Finlay, he has to be at the top of that.”