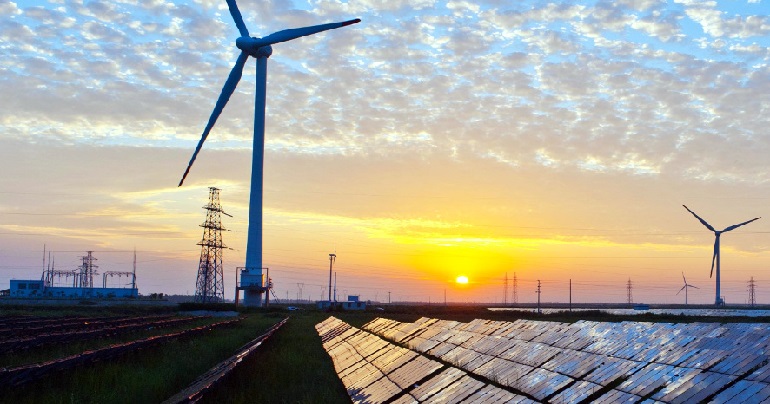 There’s a massive energy revolution going on around the world today. But in Britain, it’s not going nearly as far as it can go (or needs to go). And ordinary citizens are the ones who are suffering the most as a result.

We need to take the power back, and make this revolution our own.

Slow progress. And not nearly enough.

On 21 February, the latest in a series of energy reports led by Imperial College London’s Dr Iain Staffell revealed that renewable technologies provided 25% of the UK’s electricity in 2017. In 1958, this would have been enough power for the whole of Britain.

A newly released National Audit Office (NAO) report, however, suggests that one government initiative aiming to encourage a move from fossil fuels to alternative sources has failed to meet its targets by a long way. And a quick internet search shows how Conservative-led governments failing to meet renewable energy targets is nothing new.

But as a recent Institute for Public Policy Research (IPPR)/Opinium poll reveals, more than 70% of the British public want such targets to be met (or strengthened). The Conservatives just aren’t delivering. And as Greenpeace has pointed out, it wouldn’t be hard to deliver if they really wanted to:

So what’s the excuse for not going further?

There are few meaningful barriers to Britain going totally renewable. As Prospect magazine pointed out [paywall] on 22 February:

The main barrier to renewable energy used to be price. But that’s no longer the case. Mass production of solar technology, especially in China, has brought costs down so low you can now buy solar panels in IKEA… Technological advances and the continued fall in the cost of renewable energy mean that the potential for new, green power systems in Britain is much greater than even a decade ago.

The article also confirms [paywall], for any nuclear advocates out there, that “UK off-shore wind energy has become cheaper to generate than nuclear”.

Companies like us are all selfish and we don’t want to have a reduction of our production.

But even some of these “selfish” companies are reportedly planning their own eventual shift to a “low-carbon” economy. As one US investment group wrote in January:

There has been a shift in the sector that will take renewable energy stocks from niche to mainstream… The price drop in renewables will result in a faster adoption rate, increasing demand for more wind turbines and solar panels. This is a sector worth digging into for 2018.

There’s no defence for inaction

If we look at the Conservatives’ record in power, it looks very much like meaningful environmental policies just aren’t on the agenda. One of Theresa May’s first acts as prime minister, for example, was to disband the Department for Energy and Climate Change. Her party, meanwhile, has propped up the ailing fossil fuel sector with subsidies – a move the competition watchdog warned against. It has also scrapped subsidies for renewable energy while granting fracking licences around the country – and even in national parks.

To deal with climate change, we urgently need to focus on renewable energy. 97% or more of actively publishing climate scientists believe the current climate emergency is “extremely likely due to human activities”. And while some claim ‘animal agriculture‘ makes up at least half of the greenhouse gas emissions responsible, the burning of fossil fuels is also a massive factor.

At the same time, it’s not just the environment that suffers. It’s people too. Mostly the world’s poorest, most exploited, and ultimately most innocent populations suffer. And although New Zealand is preparing to welcome climate refugees with open arms, there are few global economic powerhouses (the UK included) willing to compensate in a similar way for the damage their activities have caused. So to avoid greater humanitarian and environmental disasters, the world’s citizens urgently need to push for a more sustainable way of living, including a shift to renewable energy.

Who will profit from the renewable revolution? We decide.

The energy revolution is already happening, and it could be profitable for us all. As Labour leader Jeremy Corbyn said on 10 February:

We can put Britain at the forefront of the wave of change across the world in favour of public, democratic ownership and control of our services and utilities… With the national grid in public hands, we can put tackling climate change at the heart of our energy system. To go green, we must take control of our energy.

Alternatively, of course, the profits could go into the already deep pockets of “selfish” corporations. You know, the ones which led us to this climate disaster in the first place.

The choice is ours. Will it be our revolution? Or will it be theirs?

– Contact your MP to urge them to support Divest Parliament – a campaign encouraging politicians to remove their pension investments from fossil fuel companies. Also sign the Greenpeace ‘petition for a clean powered UK’.