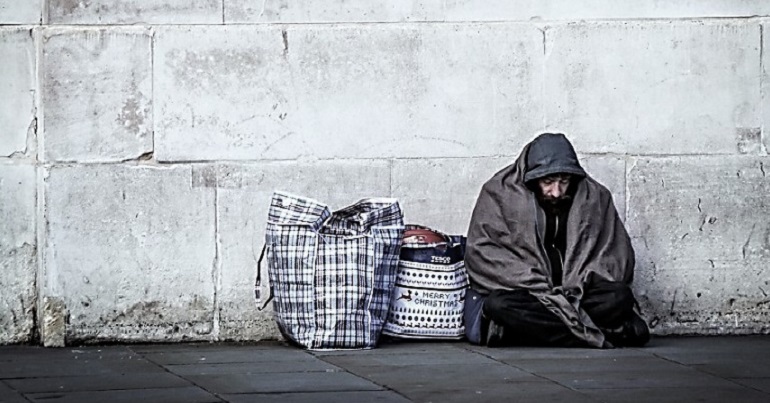 A police force revealed in a social media post that a homeless man intentionally tried to get himself arrested. It was seemingly an attempt to have somewhere to stay for the night. And his actions sum up the crisis of homelessness and rough sleeping that’s sweeping the UK.

On 22 February, City Centre Greater Manchester Police (GMP) wrote on Facebook that a homeless man had thrown a fire extinguisher through an office window. As GMP said, the man:

wanted to be in a Police cell tonight instead of being on the streets. This just goes to show how tough life on the streets must be if someone is willing to do this for a bed for the night. 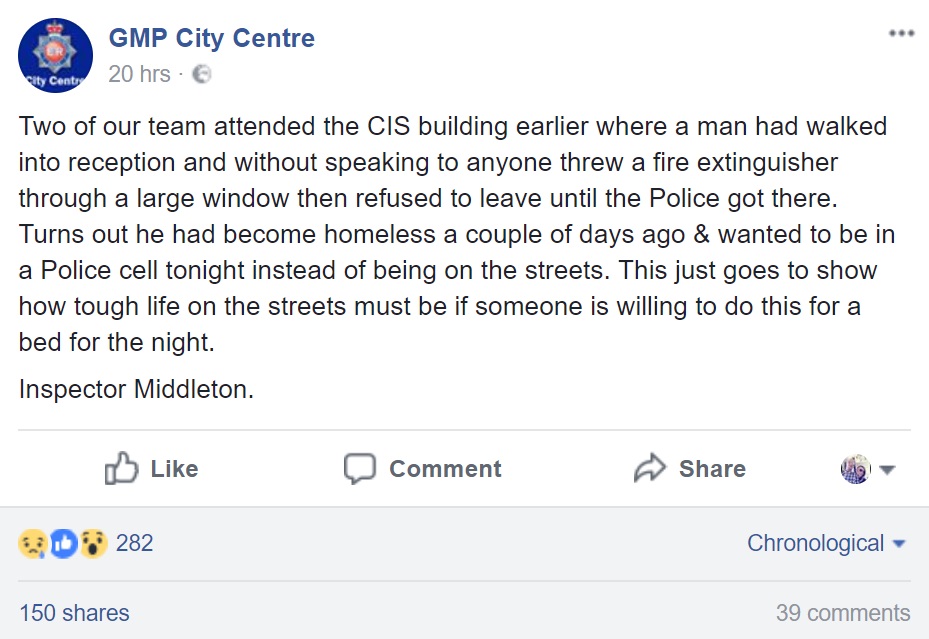 As Manchester Evening News reported the man allegedly went into the reception area of a building on Miller Street. The article also detailed how rough sleeping in Greater Manchester has gone up 42% in the past 12 months. There’s been a 15% rise nationally. But these figures don’t show the full extent of the crisis sweeping the UK.

As The Canary previously reported, at Prime Minister’s Questions (PMQs) on 13 December 2017 Theresa May effectively lied about homelessness figures in the UK. She said that:

But as The Canary‘s Frea Lockley noted, May:

used inaccurate and ‘misleading‘ figures about homelessness. And because the government was ordered not to use these figures by the UK Statistics Authority, May knew that they were not accurate. In other words, she knowingly misled parliament; or lied.

And the truth is much worse.

Figures from the Department for Communities and Local Government (DCLG) also show that [pdf, p1]:

The fact that people would prefer to be arrested rather than sleep rough is a damning indictment of the UK. But it is also a catastrophic failing of successive Conservative-led governments that more and more people have so little left in life that they have to call the streets their home.