'A lie from the pit of hell', detained women call out the Conservative MP who denied their existence - Canary 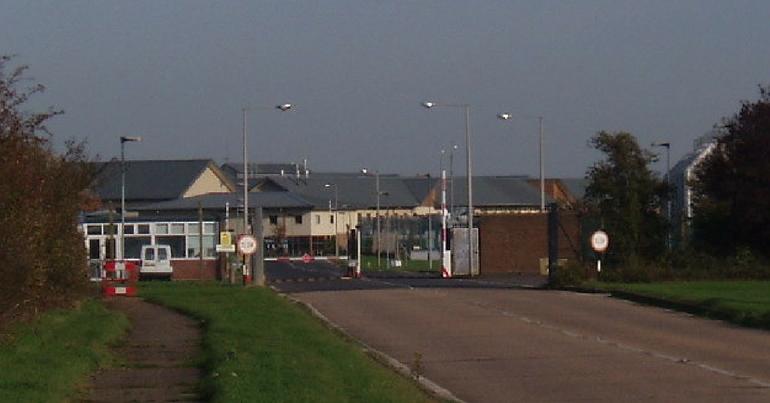 After nearly 18 months of asking for access, shadow home secretary Diane Abbott has finally been allowed into Yarl’s Wood immigration detention centre. She was able to talk to some of the women held there, and said they were “clearly desperate”.

The voices of people in immigration detention are rarely heard, but a groundbreaking project is aiming to change that. By transcribing phone calls with detainees, and mostly reproducing them verbatim and without comment (with permission from the person in custody), detained voices lets us hear the voices of people locked up for being ‘illegal’.

The day before Abbott’s visit on 23 February, Novara Media journalist Ash Sarkar appeared on BBC’s Question Time. She asked Conservative Party chairman (and former minister of state for immigration) Brandon Lewis questions about immigration detention. Lewis insisted that those in detention “are people who are illegally in this country and are there for a period of time until they are going back to their own country.”

A Yarl’s Wood woman who had been watching the programme responded to Lewis’ claim:

And the man, who was part of the government said, they don’t detain such people as asylum seekers. That is a bloody lie. That was a lie from the pit of hell. How can you say that you only detain illegal immigrants who you are about to deport, but then you release them and then you redetain them over again and cause trauma to them for obeying your rules to go and report?

The women in Yarl’s Wood knew that Abbott was visiting, and were determined not to be stopped from meeting her. One woman said:

we had a feeling they would try to show her the ‘nice bits’ and so we waited, for our opportunity. I could not accept that I would be prevented from speaking to an elected official, the last time I checked I was still in Britain and not Guantanamo (or am I?)

Over 100 women in Yarl’s Wood are on hunger strike. They have a list of 15 demands, including an end to indefinite detention; no detention of people who came to the UK as children; access to proper healthcare; and a meeting with the local MP. Many of the strikers are also refusing to work:

the core group of activists will not work for £1 an hour in their kitchens or gardens, we refuse to help them detain us, we say better you pay someone with a work permit a living wage to do your immoral work.

They’re animals, they’re beasties…Take a stick in with you and beat them up.

That makes the Yarl’s Wood slogan, “Respect, Support, Commitment. That’s our promise”, ring rather hollow. Spending more time listening to the voices of people locked up in these centres, will help us better understand their viewpoint.

Detained voices is a good place to start.