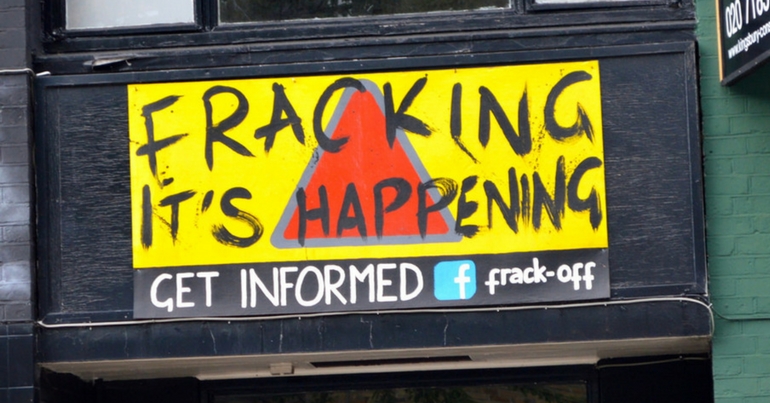 Oil giant INEOS has won the right to move forward with challenging the Scottish government for breaching its ‘human rights’ [pdf p10] by banning fracking. INEOS claims that the 2017 ban conflicts with a statute in the European Convention on Human Rights.

The company wants the ban overturned, and is also applying for undisclosed damages.

The people say no

The 2017 ban came after a consultation attracting over 60,000 responses of which around 99% were opposed to fracking. Announcing the ban, Scottish minister for business, innovation and energy, Paul Wheelhouse, said:

Having taken account of the interests of the environment, our economy, public health and the overwhelming majority of public opinion, the decision I am announcing today means fracking cannot and will not take place in Scotland.

INEOS, however, opposes the ban and on 23 February received a legal judgement allowing it to take its case to judicial review.

This was the second victory for INEOS in as many days. The previous day, the company got permission to bring a case against the National Trust, which had refused permission for a seismic survey in Clumber Park in Nottinghamshire. INEOS claims the survey was “routine and necessary”. The National Trust sees it rather differently:

We have no wish for our land to play any part in extracting gas or oil. We are already seeing the impacts of climate change at many of our places, and we have launched a programme to dramatically cut our own fossil fuel usage at our properties.

Last November, INEOS was also granted a wide-ranging injunction preventing “persons unknown” from interfering with their “lawful activity”. Anyone breaching the injunction may be “imprisoned, fined or have their assets seized”.

In each of these cases, INEOS essentially mounts the same defence: its right to pursue its business interests. And it presents it activities as not simply neutral, but good for the community. In its case against the National Trust, INEOS says that:

Legal action has been the last resort and we have used powers which prevent landowners from blocking projects which benefit the wider community and the nation as a whole.

So now a fossil fuel company has the power to take a democratically elected government to court over its decisions, force a landowner to allow access for test drilling, and threaten peaceful protesters with imprisonment for obstructing its activity. We are facing catastrophic climate change. Yet companies such as INEOS want to carry on drilling and fracking.

The decision by the Scottish government to ban fracking was based not only on overwhelming public support, but also on overwhelming scientific evidence. If we want to keep global warming to 2C (itself far too high), we need to leave 80% of fossil fuels in the ground.

It’s already far too late to prevent the worst damage but standing up to INEOS and other fossil fuel companies is vital for the planet and all of us who live on it.

– Read other articles from The Canary on fracking.

– Stay up to date with fracking news from Drill or Drop?