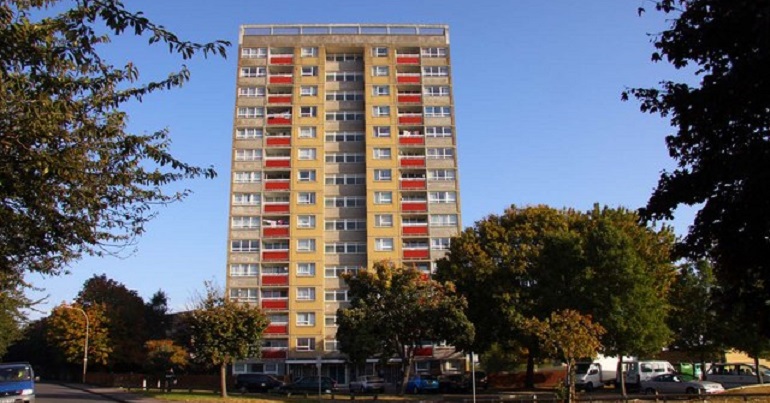 A Conservative councillor in Oxfordshire has sparked controversy after comments about investment in an Oxford estate called Blackbird Leys.

According to the Oxford Mail, Carterton South and West councillor Pete Handley said of the estate:

There is a culture of hold your hand out and the funding will be delivered. With the amount of money that has gone to the estate, all the houses could have a gold-plated front door.

Handley went on to say that he didn’t think residents were grateful for the funding:

I have nothing against the people of Blackbird Leys but the money that has been put in to it is hard to take, I don’t think they are even grateful for it.

Blackbird Leys is one of the poorest areas in Oxford. Statistics show [pdf, p15] it is in the 20% of most deprived areas in the country. Handley’s comments come just weeks after it was revealed that one in three children in Blackbird Leys live in poverty.

Deprivation in Blackbird Leys is part of a wider problem within Oxford. Despite its reputation as a wealthy city, Oxford is very unequal. In 2017, the Centre for Cities named Oxford as the second most unequal city in the UK. Data from Lloyds Bank shows it is also the least affordable to buy property in.

Things have worsened since 2010, with councils reducing spending as part of austerity measures. Oxfordshire County Council has had to reduce its spending by £300m since 2010.

Cuts have affected services including HIV prevention and provisions for the homeless. In 2017, council and homeless organisations estimated that Oxford could have up to 89 people sleeping rough each night.

Handley made the comments after the government granted funding in the area. Part of it will be used to build 300 new homes in Blackbird Leys.