Southern Rail is applying for its franchise again. The reaction from commuters is priceless. - Canary Workers’ Co-op 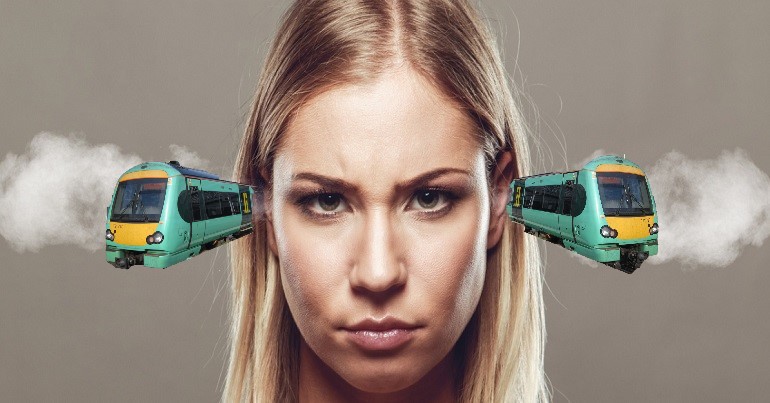 Beleaguered train operator Southern Rail has announced [paywall] it will be re-applying for its current contract. But if you wanted a measure of the esteem (or lack of) the public hold the company in, then look no further than social media.

According [paywall] to The Telegraph, Southern Rail’s parent company, Go-Ahead, will bid to keep running the Govia Thameslink (GTR) franchise that Southern Rail is part of. Its chief executive David Brown said [paywall]:

We will be bidding for it because I think when we get to the end of the contract people will look back and say we have done a bloody good job… We have delivered all the things we were asked to do and I think we will have changed the face of travelling through London.

And while commuters don’t need to start panicking about it just yet (the contract doesn’t expire [paywall] until 2021), people on social media were less than impressed: 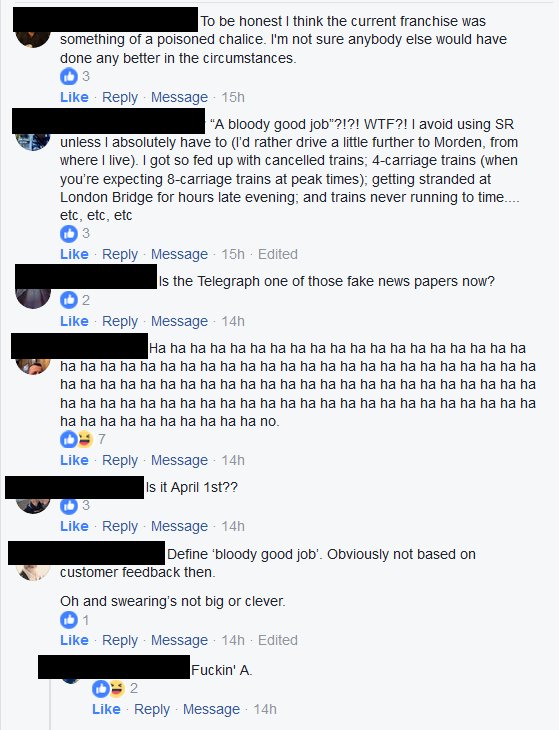 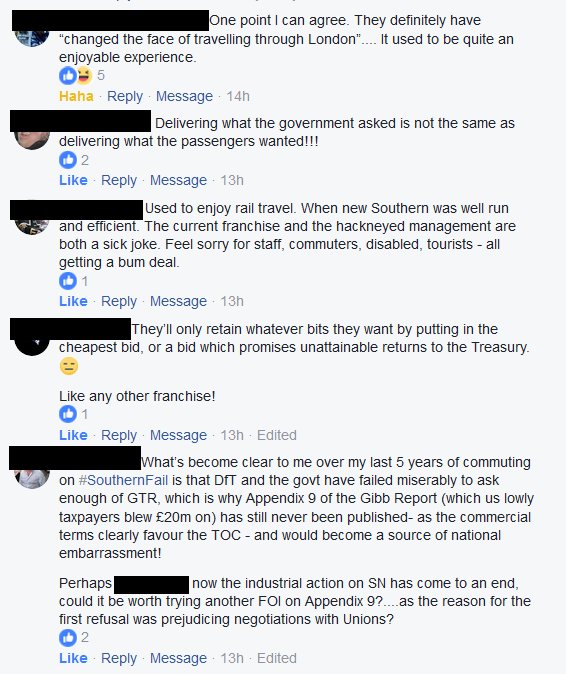 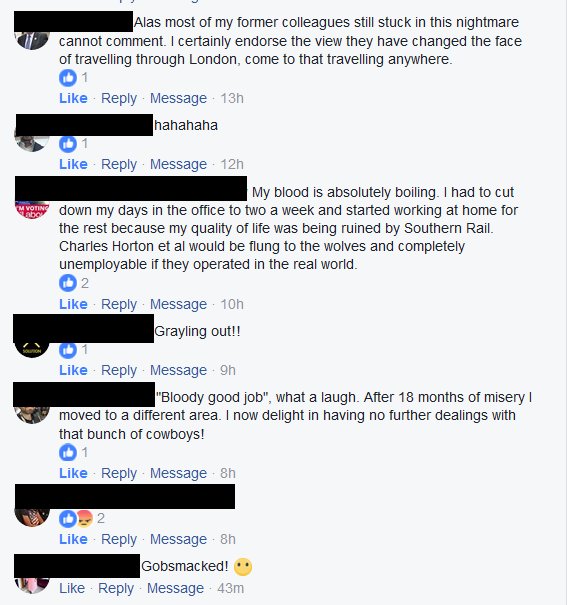 And regular users/victims (delete as appropriate) of Southern Rail may have good reason to be somewhat wary of the news.

As The Canary has been documenting, Southern Rail has been dogged by controversy over the past two years. It’s one of the worst performing rail companies for punctuality. Too often, only around 50% of its trains arrive at their destination at the “right time”. And the 2017 National Rail Passenger Survey named [pdf, p6] the worst rail company in Britain.

Meanwhile, it has been locked in an industrial dispute with the Rail, Maritime and Transport Workers (RMT) union over the introduction of Driver-Only Operated (DOO) trains.

Then, in July 2017 the Department for Transport (DfT) ordered Go-Ahead to spend £13.4m on improving services across the GTR contract. It was essentially a fine for poor performance. But as the Association of British Commuters (ABC) and The Canary uncovered, the £13.4m also granted [pdf, p39-40] Go-Ahead a ‘get out of jail free card’, making it exempt from being fined for poor performance until September 2018.

Also, these issues are aside from ongoing accusations by the ABC, Transport for All and Disabled People Against Cuts (DPAC) that Southern Rail are breaching the Equality Act 2010 by not providing ‘turn up and go’ accessibility at all their stations, in part because of DOO trains.

The ABC told The Canary:

The story of Southern Rail’s disastrous ‘management contract’ will go down in the history books as an example of government incompetence, corporate monopoly, consumer outrage and aggressive industrial relations. There are those that would have you believe that GTR are passengers’ fellow victims in all of this, simply doing what the cruel and controlling Department for Transport asked of them.

But, the announcement that GTR will be bidding for the next franchise in 2021 is beyond insulting. What should be happening instead is a full public inquiry into the DfT; its civil service, and its franchise award process. And then, an extremely serious discussion about the best way forward for rail in this country.

What more is there to say about Southern Rail? Except maybe, in the words of Jeremy Corbyn, we need a “people’s railway”.