We’ve seen the contract between the UK government and G4S. This explains a lot. - Canary 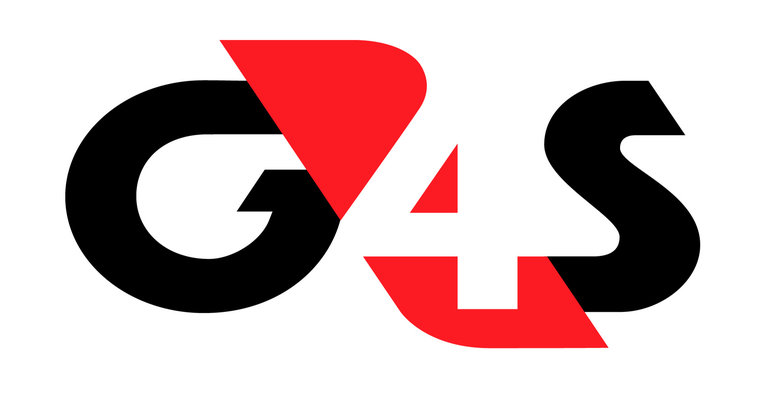 My colleagues and I at Duncan Lewis Solicitors* have seen the contract between the UK government and G4S for the running of Brook House immigration detention centre near Gatwick Airport. The agreement is a rare glimpse into how the government outsources its dirty work to the notorious security firm.

Abbas is our client.

G4S’s contract to run Brook House is due to terminate in May this year. And it seems the security firm is shamelessly bidding to renew its contract. This is the same corporation that has made headlines over bungling the London Olympics security contract, the death of Jimmy Mubenga (the 46-year-old Angolan man who died in 2010 while being removed from the UK by the company), overcharging on electronic tagging, and for being exposed by another undercover Panorama reporter for covering up abuse at Medway, a child-jail in Kent.

A comprehensive survey of the company’s reported failings on human rights and quality in the UK can be found in a dossier [pdf]  produced by Liberty.

But G4S remains undeterred, and unsurprisingly so: it continues to hoover up lucrative government contracts.

At Duncan Lewis, we wanted to know the truth behind the abuse of our client Abbas, so we immediately called for a public inquiry into our client’s ill-treatment. In a separate case, we also challenged the “disgusting” living conditions in Brook House. In the course of this litigation, we asked the government to provide us with details of its contract with G4S.

The government has failed to instigate a public inquiry into our client’s abuse, and we are challenging this failure in court. But its lawyers have sent us a link to an online government archive. And deep in the dark recesses of the web lies the services contract between the government and G4S.

The information is publicly available, but the route to this page is so obscure that it would be almost impossible to stumble upon. You can find instructions on how to access the contract at the end of this article.

The agreement we found displays a mastery of double-speak to which even George Orwell would have to doff his hat.

The contract sheds light on why the government has allowed living conditions at Brook House to fall into such a degrading and inhuman state. The government says [pdf, Sched. S 1.1] the service provider (G4S) should:

improve its systems, operating procedures and processes in delivering the Services under this Contract so as to reduce the costs

From there onward, the government refers to cost-reducing measures as “Service Improvements”.

This cunning wordplay has a concrete and devastating impact on the lives of detainees at the centre. Locked in their cells, our clients were forced to use the cell-toilet in front of their cellmates, an experience they found “excruciating and humiliating”.

When Her Majesty’s Chief Inspectorate of Prisons (HMCIP) criticised the lack of a toilet-seat or even a toilet screen, they were told that such measures would “require substantial resource [sic]” and that a “cost effective solution” had not yet been found.

This also seems to explain why Brook House is so dangerously understaffed, and why the firm stuffs three men into cells designed for two.

We also now know why the government and G4S collaborate so efficiently in cutting costs.

According to the contract [pdf, Sched. S.5]:

cost and/or charges savings arising from any Service Improvements… shall be shared by the Authority and the Service Provider.

They divide the spoils among themselves.

It’s also striking that the government refers in the contract to the detainees’ cells as “removal units” [pdf, Services Agreement]. In our challenge to living conditions at Brook House, the government submitted that it took a “pragmatic” approach to permitting the detainees to smoke in their cells. The government was aware of the huge dangers to health in these unventilated spaces. Nevertheless, it took this stance, apparently because they are the “homes” of the detainees.

At the High Court hearing, the judge saw straight through this. “Pragmatism,” Mr Justice Holman declared, is “little more than a euphemism for knowingly evading the law.”

The contract also financially penalises G4S for any substantiated complaint or reported incidents of self-harm resulting in injury [pdf, Sched. G]. We already know, as a result of evidence [pdf, p5] given to parliament by former G4S manager Nathan Ward, that detainees are nervous of making complaints because they are concerned about how this might affect their immigration case. Mr Ward also disclosed [pdf, p5] that G4S staff hesitate to make complaints as they are “worried about their safety” and “have a fear of isolation”.

But the contract reveals that this culture of cover-ups goes to the very contractual roots of the G4S-government relationship. The financial penalties stipulated in the agreement risk acting as a disincentive for G4S to self-refer complaints and incidents.

Again, these words on a page translate into the abuse of people. After our client was strangled, the Panorama documentary shows a guard telling undercover reporter Callum Tulley to falsify the incident report.

What we found in the contract should come as no surprise; deceptive jargon permeates the world of immigration detention (which the government calls the “detention estate”).

It is G4S’s ‘Care and Justice‘ services that operate and manage Brook House.

Panorama filmed G4S officers in the staff room laughing about leaving a detainee on suicide watch.

“Attention seeking little prick,” sneers the guard charged with looking after the young man. “I don’t have any sympathy for any of them.”

“Turn away and hopefully he’s swinging!” suggests another, whose wit is rewarded with laughter.

‘A dereliction of duty’

The scandals plaguing G4S have not gone unnoticed. Civil and political pressure is building to keep G4S Care and Justice away from vulnerable people. Thangam Debbonaire MP, the chair of the All-Party Parliamentary Group on Refugees, has called for the G4S Brook House contract to be “suspended and reviewed”, while Yvette Cooper MP has warned that it would be “a dereliction of duty”  for the government “to award G4S a new contract to provide similar services again.”

But as we have seen recently with Carillion and Stagecoach, this government seems content to keep rogues and duffers in their employment.

In its invitation to tender for the Brook House contract beginning in May 2018, the government announced that it is “seeking commercial partners” who can help “maximise the efficient use of its immigration estate.” Our examination of the previous contract has provided us with the sinister meaning behind these words: forget the dignity of detainees; we’ll pay you to do our dirty work if you can do it on the cheap.

The government declined to comment on the specific allegations made in this article. A Home Office spokesperson noted that:

Detention and removal are essential parts of effective immigration controls, especially in support for the removal of those with no lawful basis to stay in the UK. It is vital these are carried out with dignity and respect and we take the welfare of our detainees very seriously.

On the abuses Panorama uncovered at Brook House, the managing director of G4S’s custodial and detention services,Jerry Petherick, told The Guardian:

There is no place for the type of conduct described in the allegations anywhere in G4S. Such behaviour is not representative of the many G4S colleagues who do a great job, often in difficult and challenging circumstances, across the country… Once we have seen the evidence and concluded the investigation, I will ensure that we take the appropriate action.

Half way down this page, under “DOCUMENTS – Brook House IRC”, you can download all the schedules of contract for the “Operation and Maintenance of Brook House Immigration Removal Centre”.

The organisation Bail for Immigration Detainees (BiD), with legal representation from lawyers at Leigh Day, argues that the litany of scandals surrounding the multinational corporation “must now be seen as systemic failings, not just one-off incidents”.

BiD aims to launch litigation, paid for with crowdfunding. This will force the government to designate G4S a “high risk” strategic supplier.

Such a designation would mean that contracts between the UK government and G4S would be subject to closer scrutiny.  Crucially, it would also make it harder for the government to award the firm contracts in the future.

You can donate to this important challenge on Crowdjustice.

Join us, so we can keep holding the powerful to account.