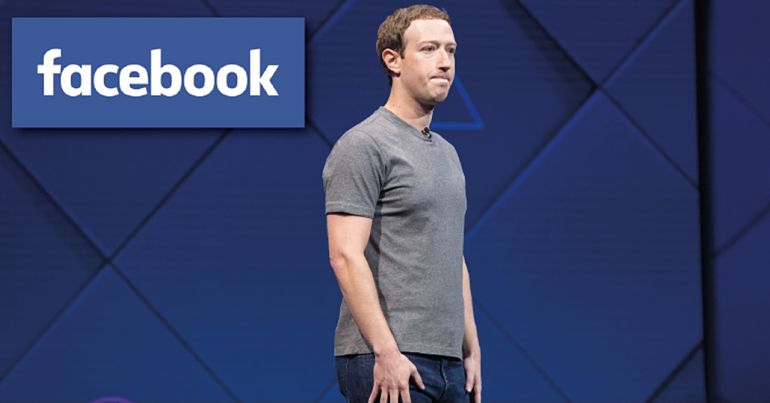 Facebook has been criticised for the prevalence of ‘fake news’ on its site. Another problem is ‘fake ads‘. The difference is that advertisements go through scrutiny before they’re posted. But despite this extra checking, and despite warnings from those affected, the site has still been publishing scam adverts.

One such affected person is Martin Lewis – the MoneySavingExpert founder. He’s now seeking ‘exemplary damages’ to try and prevent this from happening to anyone else.

Lewis is suing Facebook for defamation. Scammers have used his image in “get rich quick” schemes like the one below: 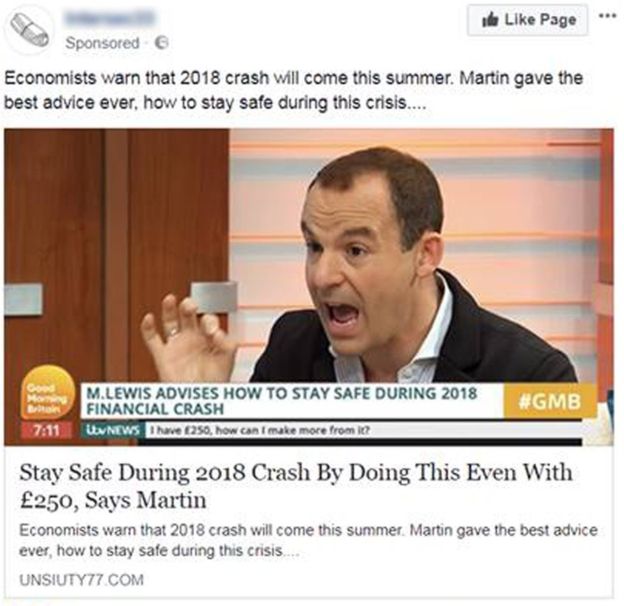 The Guardian reported that Lewis explained:

I get about five messages a day from people saying, ‘I’ve just seen your Bitcoin ad and wanted to check it.’ If that is the number who get through to me, how many more must be just taken in?

He also spoke about Facebook’s unwillingness to take responsibility:

What is particularly pernicious about Facebook is that it says the onus is on me, so I have spent time and effort and stress repeatedly to have them taken down.

It is facilitating scams on a constant basis in a morally repugnant way.

This lines up with what Facebook itself said. Namely when it:

explained to Martin Lewis that he should report any adverts that infringe his rights and they will be removed.

The threat of a court case may be working though, as Facebook said that:

only last week [we] confirmed that several adverts and accounts that violated our advertising policies had been taken down.

Not everyone can afford to take Facebook to court, however. Lewis’s solicitor highlighted this issue when he said:

Exemplary damages are being sought. This means we will ask the court to ensure they are substantial enough that Facebook can’t simply see paying out damages as just the ‘cost of business’ and carry on regardless.

Lewis has said he will donate any damages to anti-fraud charities.

Facebook and its founder Mark Zuckerberg are known for issuing apologies. The problem is that they tend to apologise for situations spiralling out of control rather than dealing with them before that.

In March 2017, Forbes reported on the prevalence of scam ads on Facebook. This problem had already been pointed out the previous summer. In January 2018, Independent.ie reported that the company was still profiting from con artists running advertisement scams.

And it doesn’t stop there

Worryingly, this isn’t the only scandal Facebook knew about in advance. The UK health secretary recently said Facebook is “turning a blind eye” to young children being “exposed to harmful emotional side effects” of social media. Facebook is also alleged to have allowed “flagrant breaches” of age limits. But this is just scratching the surface.

A recent New York Times article said some countries are “tinderboxes” and Facebook is a “match”. Times journalists tracked riots and lynchings around the world linked to:

misinformation and hate speech on Facebook, which pushes whatever content keeps users on the site longest — a potentially damaging practice in countries with weak institutions.

In Sri Lanka, where such violence has been taking place, the government has “repeatedly” asked for a direct line to Facebook. Facebook has repeatedly refused. A Sri Lankan researcher into the matter said:

A pattern has emerged of Facebook continually ignoring warnings – of continually pursuing the path of least cost. People are being scammed; children are being exposed, and lives are being lost.

Facebook is an amazing tool. If it were to disappear, we’d need a very similar site to perform the same functions. The people who run Facebook, however, have repeatedly proven themselves unfit to wield the power they hold.

Extracting “exemplary damages” from the company would be a welcome punishment. But there’s possibly no fine big enough to turn these people into suitable custodians of global communication.