While the media went gaga over a baby, a new nightmare unfolded for the government - The Canary 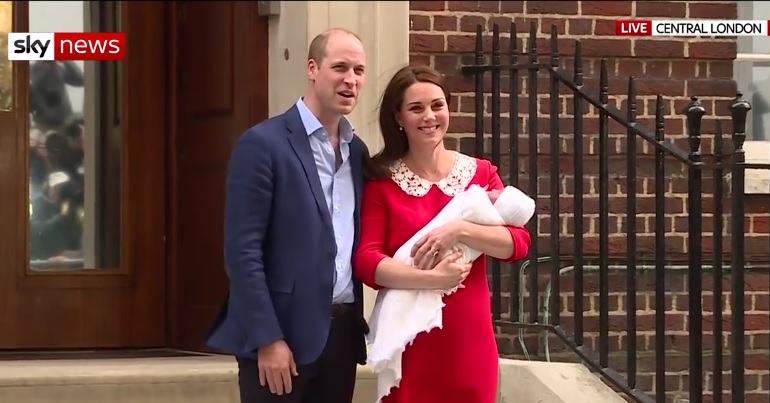 The Duchess of Cambridge had a baby on 23 April. And as expected, Britain’s media lapped up the not-so-extraordinary event of a woman giving birth.

While we were being fed every useless detail of Kate Middleton’s labour, however, the UK government got its own delivery – of some very damning news. The sort of news, in fact, which raises questions about whether the UK is a fit country to raise children in at all.

As the Windrush scandal continues unabated, The Independent has revealed that Home Office agencies are “rife” with discrimination and harassment. That’s according to staff who work there. The paper analysed the Civil Service People Survey, which details government employees’ experiences at work, and found that:

The Independent claims these levels of discrimination are worse than in any other government department. And levels of harassment in these agencies were also above average for the civil service.

As home secretary in 2014, Theresa May vowed to create a “hostile environment” for illegal immigrants. That environment, and the policies surrounding it, have caused the current Windrush scandal. And now, it appears the Windrush generation aren’t the only people facing ‘hostility’. As Labour’s Clive Lewis told The Independent:

It was already becoming painfully obvious that Theresa May had succeeded all too well in creating a ‘hostile environment’ not just for those seeking to visit, work or live in Britain but to longstanding British citizens, who have suffered the consequences. Now we know that the same ‘hostile environment’ is also what their own immigration officers face at work.

And if the revelation that there’s something truly rotten at the heart of the Home Office wasn’t enough, the Department of Work and Pensions (DWP) dropped its own clanger. It confirmed that it’s having to bring in special measures to tackle its own perceived ‘untrustworthiness’.

The DWP’s work capability tests (WCA), which dictate whether disabled people receive benefits, are hugely controversial. Not least because, as the Mirror points out, 68% of people who appealed against an assessment decision had it overturned by a tribunal.

The Work and Pensions Committee has acknowledged that some assessment reports, which are carried out by private companies, were “riddled with errors”. So now, the DWP has decided to ensure all assessments are recorded. It said:

The move is, of course, good news for claimants. But it’s a damning indictment of the assessment process. Because the DWP has effectively admitted it’s so untrustworthy and unfit, the only way to restore faith in it is to record everything.

But look, a baby!

So while the royals welcomed a new birth, the government was forced to face two entirely unwelcome truths. It’s creating a truly ‘hostile’ Britain for the vast majority of people. And the inhospitable country it’s building is both shifty and nasty in equal measure.

But look, a baby!