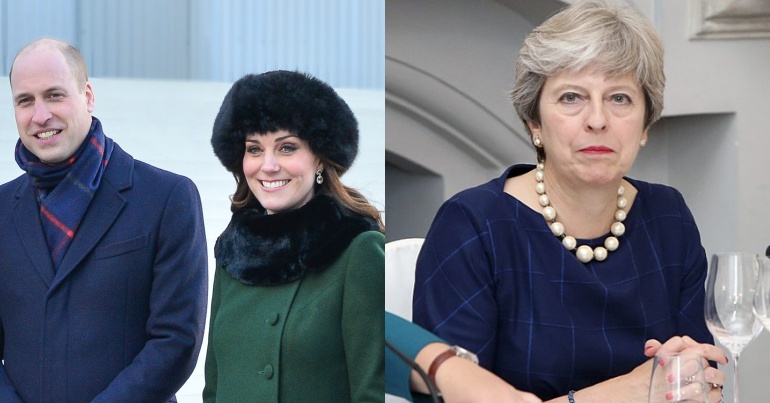 On 20 April, the Department for Health and Social Care (DHSC) announced it will recruit nurses from Jamaica in an effort to ease the UK’s nursing recruitment crisis. But this announcement comes amid calls for Theresa May and Amber Rudd to resign as the tragedy affecting the ‘Windrush generation’ unfolds. Many are affected, stripped of benefits, unable to access NHS services, and facing deportation. But many of those affected have also been integral to the NHS for its 70-year lifetime. And in a further twist of irony, the midwives who delivered the royal baby are also Caribbean.

Are you listening, Rudd and May?

“You couldn’t make this up”

On 22 June 1948, the ‘Empire Windrush’ brought 492 passengers to the UK. Their arrival coincided with the start of the NHS:

Many passengers were among the first to go and work in the newly formed National Health Service which launched just two weeks later. To date, the NHS remains the largest employer for black and minority ethnic (BME) staff, who make up a fifth of the workforce.

And 70 years later, there’s still a demand for Caribbean nurses. As the Nursing Times reported:

nurses from Jamaica would undertake UK work placements, facilitated by Health Education England, in areas such as emergency medicine and intensive care.

It didn’t take long for people to comment on the twisted irony of this recruitment drive:

You couldn't make this up !
The UK is apparently this week on a recruitment drive trying to get Caribbean nurses to come to the UK….. to replace EU nurses going home !
At the same time expelling those that came 60 years ago on the Windrush
It gets worsehttps://t.co/0FUoaXc0Zt

BBC News: Nurses from Jamaica are to be targeted as potential recruits for the health service, the government has revealed…The same time as the Windrush scandal breaks. Great timing.

Because of “long hours and low pay”, there are now at least:

40,000 unfilled nursing posts in England alone and wards [are] having to close due to dangerous understaffing.

Another factor in the current nursing crisis is a 90% drop in the number of EU nurses coming to work in the UK in the year up to September 2017.

https://t.co/P48H99uYyr So we’ve driven out Uk nurses through despicable low pay & conditions, EU nurses due to Brexit & then there’s the Windrush scandal… of course this happens next……

But the carnage and chaos of the Windrush scandal doesn’t end there.

In 2013, former home secretary Theresa May intentionally created a “really hostile environment” for immigrants and migrant workers. Thousands of the Windrush generation have lived most of their lives in the UK, worked, and paid taxes. But many have no passports or legal documents. As The Guardian reported:

May’s tightened immigration rules mean officials have begun demanding to see papers, often targeting those who they suspect (judging by accents and skin colour) may not have them.

have been detained, made homeless, sacked or denied benefits and NHS treatment because they have struggled to prove they are British.

In March, May refused to help Albert Thompson, “the London cancer patient asked to pay £54,000 for treatment despite having lived in the UK for 44 years”. And in the past week, the public have finally become aware of the true scale of this tragedy.

May’s “hostile environment” has already killed people. Rudd’s ‘boast’ of an “even harsher” immigration policy will kill more. Despite Rudd’s new ‘pledge’ to grant British citizenship to the Windrush generation, many feel it’s too little too late. Satbir Singh, chief executive of the Joint Council for the Welfare of Immigrants, said:

By placing yet another sticking plaster over its failures, the government has said and done nothing to indicate that it is taking the root causes of this crisis seriously. We need to see root-and-branch reform of the Home Office if we are to avoid another Windrush.

But Rudd’s move won’t help those who have already died as a result of aggressive policy from the Home Office. It’s also clear that many of those affected worked in the NHS.

The British sons of two #Windrush nurses who travelled thousands of miles to serve in our #NHS. One dead, the other denied #NHS treatment for cancer.

And others have pointed out the devastating implications of a “racist” and “hostile environment”:

Another story of reprehensible Home Office treatment. Dexter Bristol came to UK with his mother – who became an NHS nurse – in 1968. Sacked last year & denied benefits as couldn’t prove residency. Died of stress soon after.

He came to the UK as an 8 year old, 50 years ago, with his mother, a nurse. He lost his job, and his home as a result of Tory policy. He was found dead in the street on Good Friday. Hostile environment indeed. https://t.co/7S2oLog3pT

It also turns out that midwives delivering the Royal baby are part of the Windrush generation. Prof Jacqueline Dunkley-Bent and Arona Ahmed have delivered all of Kate Middleton’s children.

But it doesn’t look like a Royal baby will be enough to end this tragedy. Even if Dunkley-Bent and Ahmed are ‘safe’, thousands of others who worked in the NHS for years have suffered intolerable cruelty. And who knows what will become of the next generation of ‘imported’ nurses? May and Rudd still have blood on their hands.
Get Involved!

– Sign the petition and demand fair treatment for the Windrush generation.