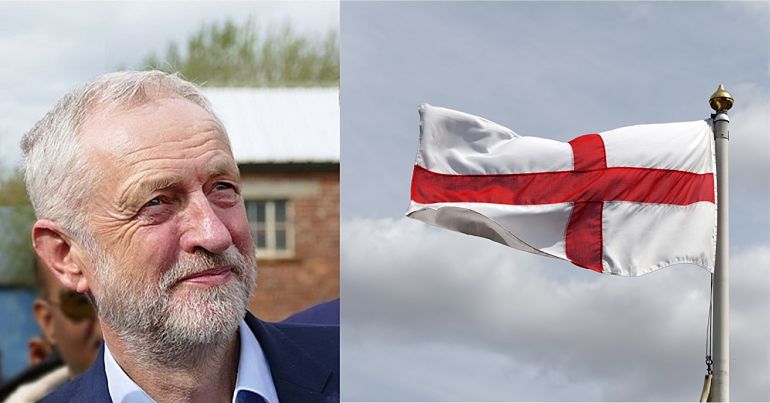 With only eight public holidays, the UK lags behind other G20 and EU countries. In a rousing speech at the Communications Workers Union (CWU) conference in Bournemouth, Jeremy Corbyn said:

Eight years of Tory austerity, which Labour will bring to an end, have had a disastrous effect on our vital public services and workers have paid a heavy price in the cost of living and their working lives.

As well as committing Labour to end austerity and public sector cuts, Corbyn announced that, under a Labour government:

St George’s Day will become a national holiday for Britain’s workers. It will be a day where we can all show our pride and celebrate our country’s tradition of fairness, inclusivity and social justice…

Our values of a fair and inclusive society are our country’s best values. And those shared values will be celebrated by making St George’s Day a national holiday.

The next Labour government will make #StGeorgesDay a bank holiday for Britain’s workers.

We'll make sure workers have a day off so we can all show our pride and celebrate our country’s tradition of fairness, inclusivity and social justice.https://t.co/18G082U9Gb

We will give our workers four extra days paid holiday.

The four nations that make up our country are more divided as a result of the damaging and divisive policies of this Conservative government.

We need to end the Conservatives’ constant pandering to a rich elite at the top and their attempts to divide the rest of us, creating a “hostile environment” for people who come to contribute to our country…

Labour’s mission of social justice brings people and our nations together.

Happy St. George’s Day! With a Labour government, today would be a bank holiday – along with three others to celebrate our patron saints. Pass on the news! pic.twitter.com/r3FoWnsqh6

Happy St George’s Day, indeed. With only ten days before the local elections, let’s make 3 May a day of national celebration as well.

–  If you live in Swindon, Woking, Watford, Gosport or Bromley, don’t forget that you need identification to vote on 3 May.

–  Read more about austerity and the Windrush scandal on The Canary.