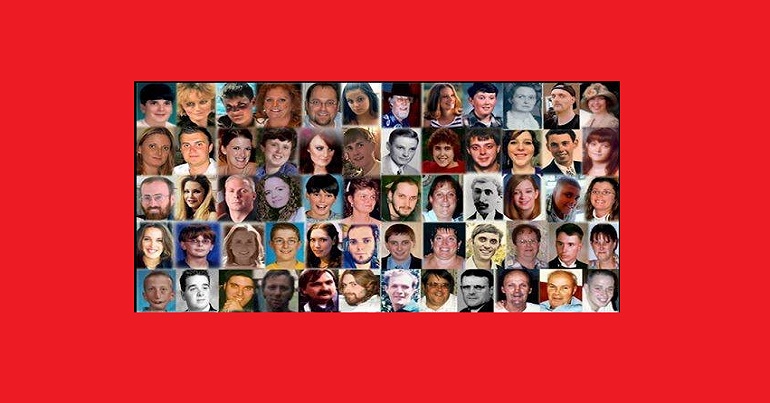 On Friday 18 May, people around the world raised awareness of a rare, life threatening illness, by wearing red. It was known as ‘REDS4VEDS‘ day.

Ehlers-Danlos syndromes (EDS) are a group of chronic, genetic, hereditary disorders affecting around one in 5,000 people worldwide. They affect nearly every part of a person’s body and its systems. You can read The Canary‘s full analysis of EDS here.

EDS are connective tissue disorders, meaning that a person’s collagen is defective. Collagen supports nearly everything in the body to keep it in place: eyes, bones, muscles, organs and so on. But in a person living with EDS, the collagen doesn’t work properly. Imagine a bungee rope that doesn’t spring back up. Or a hair band that isn’t taut. That’s what EDS is like. Most parts of a person’s body are not held in place correctly – so none of them work in the way they’re meant to.

There are currently 13 subtypes of EDS, with a possible 14th just recently being discovered, but not yet classified. There is one subtype of EDS, though, which is particularly vicious, and that’s vascular EDS; vEDS for short, seen in between one in 50,000 and one in 200,000 people.

While the symptoms of vEDS vary from person to person, it has some of the ones seen in many EDS patients. But the US Health Department says it’s also characterised by, among other symptoms:

The complications from vEDS can be fatal, especially heart aneurysms and bowel and womb ruptures. In one tragic case highlighted by the Ehlers-Danlos Society, three children of the same family all died of suspected heart complications due to the illness. But as Matt Smith wrote for the Mighty, vEDS is still a gravely under-researched illness:

I often question how and why there is so little known about [vEDS]. It doesn’t seem fair to me that something so horrendous can exist. Veins, arteries and hollow organs that can spontaneously rupture or dissect, lungs that can suddenly collapse? Innocent lives are lost so young. And of course, it’s a genetic mutation, so… whole families are being torn apart and wiped out by this mutation. There’s so much devastation, yet many in the medical community have never heard of it.

This is why Friday 18 May was REDS4VEDS day, hosted by UK-based charity Annabelle’s Challenge. It’s marked every year by people wearing red to show support for people living with vEDS and to raise awareness:

The Sheffield EDS diagnostic team are wearing #reds4veds! To raise awareness and show support to our lovely vascular EDS families and all those who have this condition 🎈 pic.twitter.com/M2V6zGVzuD

One social media user tweeted a stark fact about vEDS:

My father passed away at 41 years old due to complications w/ vEDS #REDS4VEDS To put it in perspective,I'm 45 and living on borrowed time. pic.twitter.com/w5EoPLUWzM

As Smith summed up in the Mighty:

With that said, I will go on to live my life in the best way possible… I shall fight [vEDS] in every way, on every front. I know it’s going to knock me down, but I will get back up and push forward with every ounce of life that flows through me. I will continue to say its name at the top of my voice until it’s heard, until it’s understood and one day, just maybe we will find away for people to live safer lives. Vascular Ehlers-Danlos syndrome – look it up, spread the word. Help us find our cure.

EDS are life-changing illnesses, with vEDS being one of the most severe subtypes. Until more research is done into its origins, people’s lives will merely be on hold. This is why, every year, more people should be wearing red on REDS4VEDS day.

– Find out more about EDS awareness month and support REDS4VEDS.