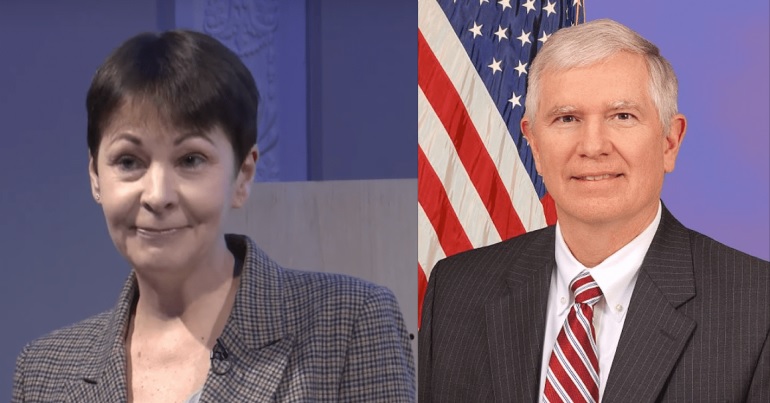 Republican lawmaker Mo Brooks recently denied climate change using a very strange argument. Brooks, who is on the US’ House Science, Space and Technology Committee, argued that rising sea levels are due to the fact that rocks are falling into the ocean.

Doh! Next thing, the climate change deniers will be telling us that the solution to rapidly rising sea levels is to take out all the whales and fish. Especially the whales. Well, they are so big. Bigger than falling rocks. 🤦‍♀️ https://t.co/n9eDcB5b36

Brooks, the US Representative for Alabama’s 5th congressional district, made the claim during a meeting on climate change. He said:

Every time you have that soil or rock or whatever it is that is deposited into the seas, that forces the sea levels to rise, because now you have less space in those oceans, because the bottom is moving up.

Brooks also said Antarctica is gaining ice, not losing it. But as a 2017 NASA report shows, ice levels in both Antarctica and the Arctic are at a record low. And ice loss is accelerating.

Philip Duffy, a climate scientist present at the meeting, responded to the notion that rocks falling from places like the White Cliffs of Dover are playing a key role in this rapid change:

I’m pretty sure that on human time scales, those are minuscule effects.

People on Twitter also reacted to the lawmaker’s claim:

And everyone please stop your teaching your kids to skip stones into the oceans. They just pile up causing catastrophic rising seas and cause untold damage to coastlines…

There are Republicans in positions of power in the US who deny the reality of climate change. And these people are helping to shape the US’ environmental policy. It’s truly frightening that such people are in the position where they can act on these ridiculous notions.

– Read more articles from The Canary on the environment.