While everyone focused on the royal wedding, Theresa May made a very sinister figure a lord - Canary 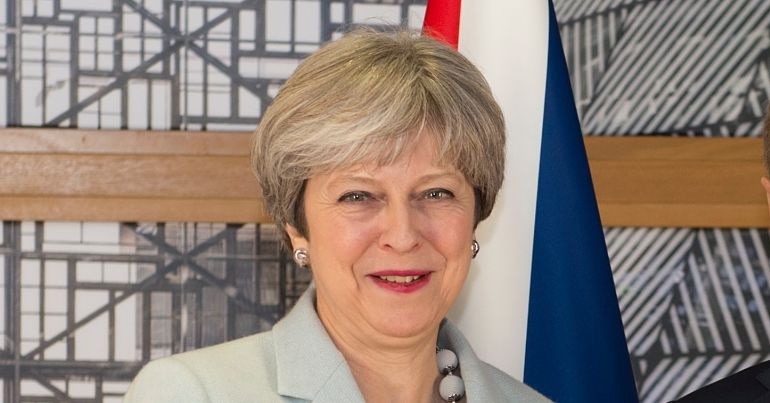 13 life peers were appointed to the House of Lords on Friday 18 May. One of those appointees, the former DUP MP Reverend Willie McCrea, hasn’t been discussed much by the mainstream media. But British people should be very concerned about the man Theresa May just put in parliament.

The DUP and Reverend Willie McCrea?

Since the confidence and supply arrangement between the Tories and the DUP began in June 2017, the DUP has been an effective partner of the UK Government. But the reverend McCrea’s brand of politics, referred to as ‘firebrand’, has a sinister side.

Social media users voiced their disgust at his appointment. Unlike most of the mainstream media, several contributors spoke about McCrea, his past, and the possible consequences of his appointment:

Worth recalling Theresa May’s new nominee to the House of Lords Willie McCrea once shared a platform with convicted terrorist and known sectarian mass murderer of Catholics Billy Wright pic.twitter.com/Hw5RqtNqcb

Interesting. Appointing Willie McCrea to the HoL to ‘pack the chamber for Brexit’ might not sit well for British-Irish relations given his previous support for air strikes on Irish towns, among other things… You just couldn’t make it up! https://t.co/KSpBTNduW0

Loyalist killer Billy Wright, aka ‘King Rat’, was a member of the Ulster Volunteer Force (UVF). Wright led a “reign of terror” against Catholics during the conflict in Northern Ireland. He later formed a break away group called the Loyalist Volunteer Force (LVF) in 1996.

McCrea appeared together with Wright on a public platform in September 1996. This was after Wright formed the LVF. McCrea was subpoenaed in 2007 to appear before a public inquiry to explain their relationship and the possible meetings between them. Both men opposed the early stages of the Good Friday Agreement (GFA).

Meanwhile, 1986 state papers revealed that McCrea called for the British government to launch “Libyan-type strikes” on Irish border towns during the conflict. McCrea’s calls appeared to be inspired by the US attack on Libya on 14 April 1986.

But May’s desperate attempts retain power has now bolstered the DUP and put a very worrying figure into parliament.