Pristine no more. Scientists make a disturbing discovery in the Antarctic. - The Canary 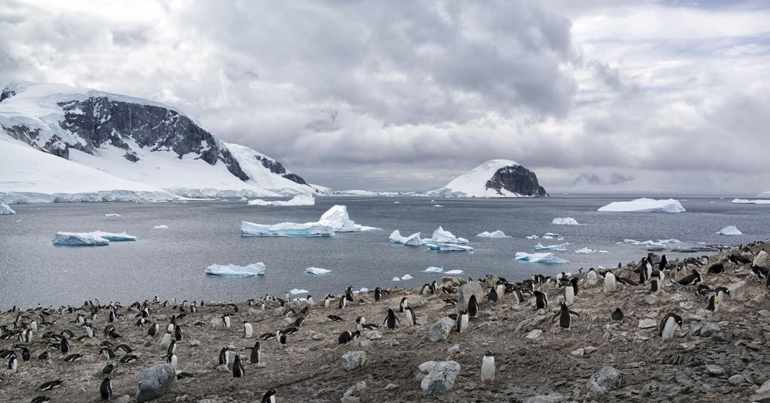 According to a new study, scientists have discovered traces of microplastics and hazardous chemicals in the remotest parts of the Antarctic. The report published by Greenpeace details the findings of a research expedition initiated by the organisation in 2018 [pdf, p3]. The findings show that even the remotest parts of the globe are showing signs of influence from pollution and waste.

No escape from plastics

The presence of plastic waste in the Antarctic is nothing new. In 2010, scientists reported [pdf, p7] large pieces of plastic in the Antarctic Ocean. But this is the first reported sighting of microplastics. The researchers gathered numerous samples. Seven out of eight water samples taken at the sites contained detectable amounts of microplastics.

In addition to the aforementioned microplastics, they also discovered polyfluorinated alkylated substances (PFAS) in snow samples. PFAS are chemicals used in industrial processes and found in consumer products.

Microplastics are tiny pieces of plastic less than 5mm long. Among other sources, they form when larger pieces of plastic degrade. Professor Iseult Lynch, Chair of Environmental Nanosciences at the University of Birmingham, told The Canary these objects are now found almost everywhere:

… the scale of the issue is so major now that everything we contact (air, food, water) contains microplastics. Tap water in Europe has been found to contain on average 1.9 microplastic fibres per 500 ml (compared to 4.8 fibres/500ml in the US), and during a 20 minute meal in a standard UK home more than 100 microplastic fibres may deposit on your plate from airborne microplastics.

While the long-term impact of these materials on the environment is still uncertain, there is concern that they could have a negative effect on the natural food chain. Due to their size, the microplastics are easily ingested or inhaled by animals. The effect on animal and human health is still to be determined, according to Lynch:

What it means for public health is not yet known – we are exposed to small particles since the invention of fire, so have mechanisms to protect us from inhalation, but the sheer scale of the exposures (air, food, water) to microplastics, and their potential to both release chemicals (plasticisers) and absorb other pollutants at their surface, make then unprecedented in terms of the scale of the issue.

No clear solution in sight

In recent years, there have been concerted efforts by governments to address the problem of plastic waste. According to Lynch, however, while these policies could prevent further waste generation, they do not address the current presence of microplastics in the environment:

It’s a bit like letting a genie out of the bottle – there is no way back!  Current policy initiatives to reduce plastic waste and develop more recyclable plastics are great in terms of preventing further worsening, but they don’t do anything to address the microplastics that are already pervasive throughout the environment.

The presence of PFAS is also alarming. PFAS are almost imperceptible to the naked eye and can easily find their way into the food chain. Some research [pdf, p6] has suggested that they can cause reproduction problems, cancerous growths, and hormonal problems in animals.

Knowing is half the battle

The Antarctic is one of the few remaining true wildernesses left and it’s crucial that we do everything to protect it. Ella Gilbert, an atmospheric scientist at the British Antarctic Survey, had the following to say about the report:

Antarctica is the last great wilderness. I discovered that for myself when I went last year. It’s testament to the impact of human activity that we are finding these pollutants even in the remotest place on Earth.

The discovery of microplastics in an area as remote as the Antarctic highlights the sheer scale of the problem. While there are efforts to limit our use of single-use plastics there is still work to be done to develop ways to remove plastics already in the environment. The Greenpeace report makes for sobering reading, but it does provide crucial findings that could assist our efforts to eradicate microplastics.