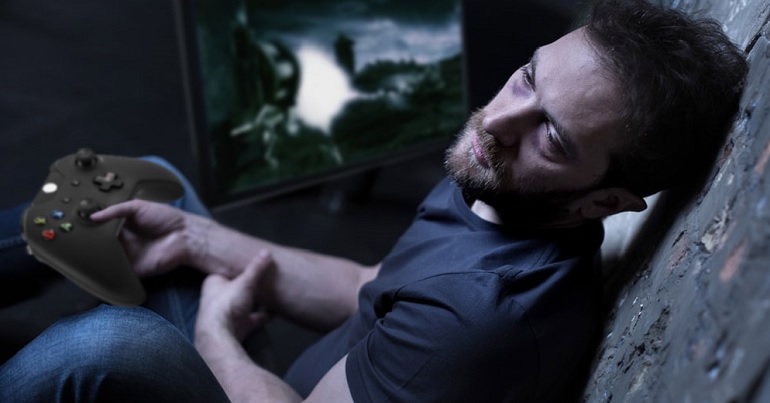 On Monday 18 June, “gaming disorder” officially became a disease, according to World Health Organisation (WHO) guidelines. But its cause could be (partly) put down to one thing: capitalism.

The WHO says that gaming disorder is:

characterized by impaired control over gaming, increasing priority given to gaming over other activities to the extent that gaming takes precedence over other interests and daily activities, and continuation or escalation of gaming despite the occurrence of negative consequences.

Its classification as an official disease means that, in the UK, the NHS can now treat people living with it. But so far, no dedicated NHS strategy or treatment exists [paywall]. So the likelihood is that the NHS will offer services such as cognitive behavioural therapy (CBT). It already uses CBT to treat alcoholism.

The WHO says that, for someone to be diagnosed with gaming disorder, they must have symptoms for at least 12 months. But as it noted [pdf, p12] in its background study, the science and accompanying research behind why people become gaming ‘addicts’ “is faced with limited and often unreliable data”. As researcher Daria J Kuss from Birmingham City University noted in 2013, research first began in 1983, and gaming disorder tends to be viewed as a behavioural problem.

But what is causing people’s behavioural problems to manifest as gaming disorder? The WHO breaks it down into three distinct areas [pdf, p13]:

The WHO doesn’t make any assertions as to why people feel so much need for these three “phenomena” to be satisfied. The answer, though, may lie in a school of thought surrounding other addictions: that damaging behaviours are a reaction to the capitalist society we live in.

The sickness of capitalism

Dr Gabor Maté is a Hungarian-born Canadian psychiatrist and psychologist. He has studied the relationship between capitalism and health intensively. Broadly, he believes that capitalism makes us sick:

But Maté also thinks that capitalism is fuelling the world’s addiction problem. He says in his book In the Realm of Hungry Ghosts: Close Encounters with Addiction:

A sense of deficient emptiness pervades our entire culture. The drug addict is more painfully conscious of this void than most people and has limited means of escaping it. The rest of us find other ways of suppressing our fear of emptiness or distracting ourselves from it. When we have nothing to occupy our minds, bad memories, troubling anxieties, unease or the nagging mental stupor we called boredom can arise. At all costs, drug addicts want to escape spending ‘alone time’ with their minds. To a lesser degree, behavioural addictions are also responses to this terror of the void.

He specifically notes that “internet addicts”, like all addicts, could be responding to “painful experience”.

But journalist and author Naomi Klein believes that addiction runs deeper than just escaping capitalism and its horrors. She thinks it is also a response to a society that “systematically severs connections… from one another and from our natural surroundings”. Klein finds interesting the “idea of addiction being so closely correlated to the severing of meaningful connections that protect us from needing to go for that second bottle”. And she notes that groups like Alcoholics Anonymous may be so successful because they involve face-to-face human interaction:

We don’t have political meetings anymore. We used to have… trade union meetings, and people would go to… city hall meetings… Just coming face to face with fellow human beings and talking, we don’t know how to do – unless you’re an addict.

British journalist Johann Hari takes these ideas one step further. He believes that it’s not just alcohol and drugs to which our capitalist society makes people addicted but anything that offers a form of escapism and shelter from the horrors of the world:

We live in a culture where people feel really increasingly vulnerable to all sorts of addictions, whether it’s to their smartphones or to shopping or to eating.

But he also believes that the loss of physical human connections plays a major role in addiction. He said in a TED talk that, “if you have a crisis in your life, you’ll notice something”:

The idea of gaming disorder encapsulates all of this.

Escaping the world, one XP at a time

Gamers, like many people, live in an increasingly individualistic [paywall] world, where the idea of ‘self’ tops that of community, often to our detriment. Online games may reconnect isolated people with others – but not on the human and environmental level we may need.

The worlds created in online platforms are often idealistic and perfect; in stark contrast to the one we actually live in. Order prevails, set systems exist, everything has a purpose and function, and results are built into the software. While the actual gaming may be complex, the inputs and outputs are straightforward.

Our society now often equates ‘achievement’ with fame, wealth and winning, all of which are becoming increasingly sold as being instantaneous – the rise of the YouTuber and talent/reality shows being two such examples. For those who cannot achieve this, the same results can be found in gaming. And it pays too; the success of gamers who stream themselves via Twitch and other platforms is testament to this.

A system change is needed

Gaming also allows us to escape from the horror and torment of our own lives. In the same way the alcoholic drinks to blot out the pain, or the heroin addict injects to feel euphoria, the gamer plays to forget the reality of their existence, getting a perfectly legal high in the process.

We cannot even begin to stem the tide of addiction flooding the world until we address what may be its root cause: the very systems of governance, both financial and political, under which we live. Recognising gaming disorder is an important first step. But we need a sea-change in the way we, as a species, organise ourselves and our planet. Because without it, humans will struggle to find inner peace without the need for a stimulant – whatever form that may take.